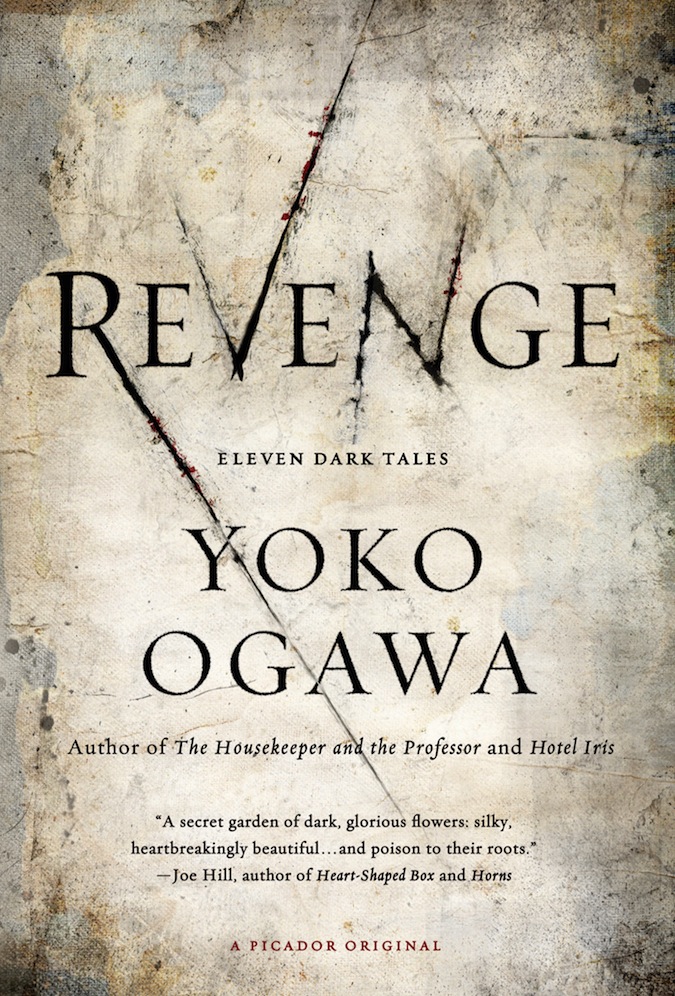 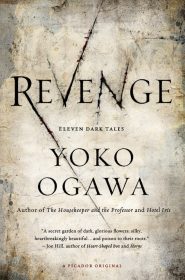 io9 recently released a list of essential science fiction and fantasy for 2013 and I added a bunch of the books to my to-read list. One of the books was Revenge by Yoko Ogawa and after reading it I feel like I need to devour everything Ogawa has written.

Revenge is more horror than science fiction and fantasy, but it’s not horror as in gore. It’s horror as in psychologically disturbing, eerie characters.

This is a collection of eleven intertwined stories. Each story is about a different person, with aspects connecting them to previous stories. Some of the connections are small, like the same bakery mentioned multiple times, or large, like small characters from one story becoming the lead in another. Each involves revenge on some level, but what’s so great is that each also has heart and compassion.

The collection begins with a sad story of a mother purchasing a cake for her dead son’s birthday, and now that I think about it this story doesn’t involve revenge. It does set up things that happen in further stories, and it casts a great, ominous tone for the rest of the book.

One of my favorite stories involves a writer renting a room from a disturbing woman whose husband died years earlier. This woman has a huge garden in the backyard where carrots grow in the shape of hands. There’s a great scene of the writer cutting the carrots and describing how fingers are in her salad.

A later story involving this same writer is also amazing. In the first story we think the writer is normal and the woman with the garden is crazy, but maybe we were fooled. In a later tale the writer is older and stalking a journalist at a posh resort, and by the end I questioned whether she was a writer at all.

There are also two great stories involving a man who manages the Museum of Torture. The devices allowed in the museum are those that have been used to torture someone, with the proof being whether or not blood or human tissue can be found on the device. This setting is morbid, but I love the manager, who I imagined to be like Lurch from “The Addams Family,” because he is more than a collector of macabre artifacts. He has a tiger that is like his child and its death is so weird and touching at the same time.

This collection really isn’t what I think about when I think of horror. If there are murders, none of them take place during the story, but the reader is set up to imagine what happens. And if there are a murderers, they aren’t depicted as psychotics, in masks, hunting people at a cabin in the woods, but instead they are turned into killers because of a certain event. We get the impression that anyone can be a killer.

I really loved this collection and I think it could be broadly read. It’s written beautifully and the dialogue is great. People who don’t like horror could easily like this collection for the haunting dissection of these characters. I can’t wait to go read more from Ogawa.