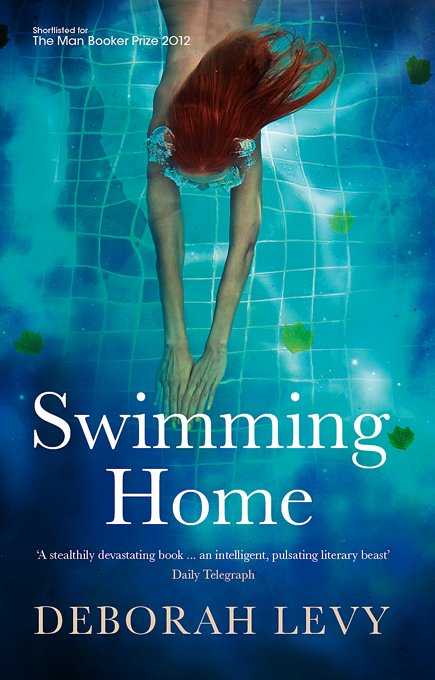 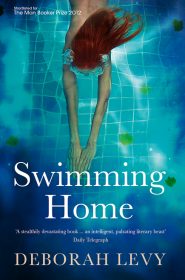 Vacation game-changer: Returning to the French villa to find a naked woman, briefly mistaken for a bear, floating in the pool. She’s Kitty Finch, thin and green nailed, a botanist slash poet who prefers nudity to its opposite. The vacation she’s ruining belongs to the famous poet Joe Jacobs, war correspondent Isabel Jacobs, and their daughter Nina, who is about to pass a milestone as she closes in on womanhood — and ruin the bed sheets in the process. Family friends Laura and Mitchell, who own a shop where they sell antique weapons, are sharing space for the holiday, though there seems little in the way of crossover interests between these families.

Kitty Finch is the wild card force at the center of London-based writer Deborah Levy’s novel Swimming Home. Kitty claims it’s a scheduling snafu at the villa — the owner sometimes lets her crash there to do botanist things — that landed her naked in the pool, and slowly, nakedly leaving the pool to get dressed. It isn’t until after Isabel Jacobs, strangely enough, invites the lovely woman into a spare room in the villa that the truth comes out: Kitty Finch is purposefully trying to get closer to Joe Jacobs so he will read a poem she has written, titled “Swimming Home,” and because she feels that his poems are a dialogue with her and that they are somehow connected. (They both struggle with depression. The poet’s is well-chronicled; the botanist’s has resulted in electroshock therapy).

Only the next door neighbor, Madeleine Sheridan, seems to have a clear view of what’s happening during this week-long weirdness. She’s got a good vantage point from her patio and the inside scoop on how Kitty Finch went from naked in an alley to institutionalized. The caretaker, a hippie stoner, sort of sees the bigger picture, but his life goal is to marry Kitty so it doesn’t really matter.

This super shorty is divided into day-length chapters that transition smoothly between perspectives and feel episodic, while also swirling toward some sort of catastrophic moment that is hinted about in the quick-hit scene that starts the story: Kitty Finch, her silk dress falling off her shoulder, driving on a mountain road at midnight. She’s got a remorseful Joe Jacobs in the passenger seat. He’s asking her to please get him home safely to his wife and daughter.

“Life is only worth living because we hope it will get better and we’ll all get home safely,” she says to him.

This story has the feel of one of those early-to-mid-1900s, “oh we’re on holiday” novels that reek of large hats, cold drinks, and laziness — except it’s set in 1994 and while there is a laziness, there is also the subtle unfolding of Kitty Finch’s madness, Joe Jacobs’ inability to put the brakes on a disastrous affair, Nina’s dizziness in the presence of Kitty, whom she compares to champaign, and the truth behind why an important face in journalism would allow a lovely and naked woman who carries her husband’s complete collection of books, to share a vacation villa. And it’s all written in this great, subtle way where words weigh more and are arranged in an especially satisfying way. Loved it.