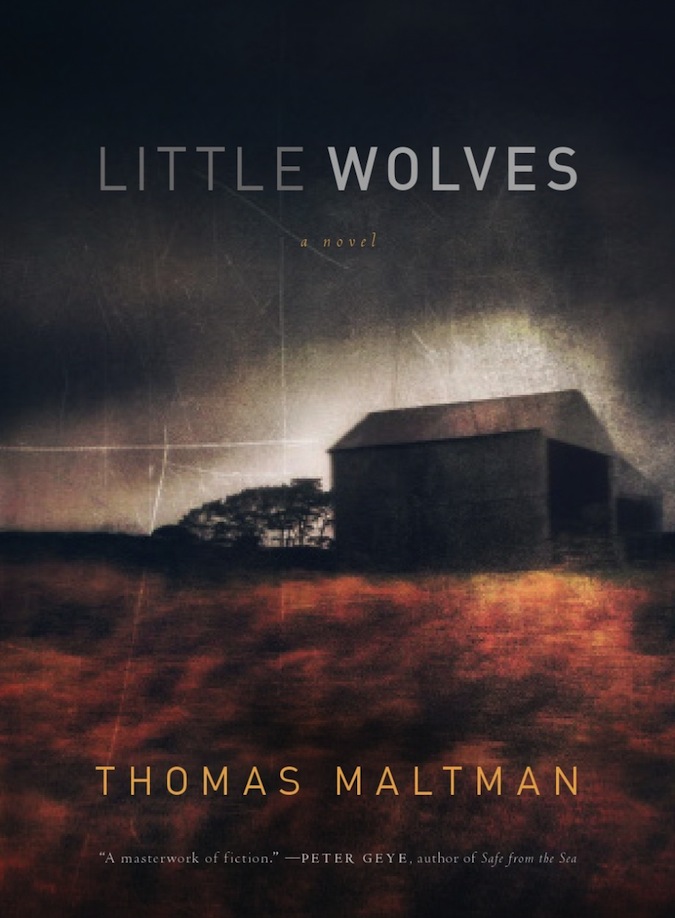 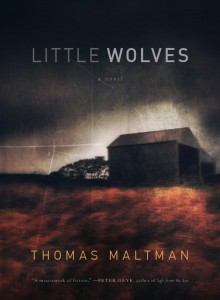 I am stealing this lovely bio from Thomas Maltman’s website because as I type this it’s 3:18 on a Friday and all my brain cells have decided the weekend began eighteen minutes ago. But before I get to the copying & pasting, you should totally check out Thomas’ bio page, because he lists a ton of his favorite books and poems. It’s a pretty rad list.

Thomas Maltman’s essays, poetry, and fiction have been published in many literary journals. He has an MFA from Minnesota State University, Mankato. His first novel, Night Birds, won an Alex Award, a Spur Award, and the Friends of American Writers Literary Award. In 2009 the American Library Association chose The Night Birds as an “Outstanding Book for the College Bound.” He’s taught for four years at Normandale Community College and lives in the Twin Cities area. Little Wolves is his second novel.

Also, before you jump to the answers you should know that he’s having a book launch party at 7:30 p.m. tonight at Magers & Quinn, 3038 Hennepin Ave. South, Minneapolis and he’s also going to be reading with Peter Geye at 7 p.m. on January 15 at Common Good Books, 38 S. Snelling, St. Paul.

Now, on to the answers.

I always keep more than one book going at a time. Current books on the nightstand include two recently published works of fiction—Nick Healy’s wise and wonderful collection of short stories, <emIt Takes You Over and Peter Geye’s lyrical saga, The Lighthouse Road. While these are deeply Minnesotan books, with a keen sense of life in the far north, they also transcend time and place with compelling, well-crafted narratives built to last.

I had a serious thing for Detective Kathy Mallory from Carol O’ Connell’s mystery series back in the nineties, but now I realize it could never work between us. While she’s good at solving heinous murder crimes, she’s also a bit of a sociopath and OCD. I don’t think my daughters would take to her. Or my wife.

Cormac McCarthy is my favorite living writer because his work struggles with timeless questions, the nature of good and evil, why are we are here, the meaning of our suffering. You know, the kind of stuff we’ve been writing about for a couple of thousand years but haven’t figured out yet.

I’ve recently read that he gave up drinking long ago, even calling alcohol toxic to the writing life, so I probably wouldn’t take him to a bar. Down the road from where I live, there’s a place called Q Fanatic, a restaurant in a strip mall that makes some of the best barbecue in the state.

The Hobbit wins hands down. That book saved my life during a difficult year when we moved from California to Oregon. It offered enchantment and escape and a sense of wonder. My ordinary world, plagued by bullies and endless rain, looked drab in comparison, but the novel taught me the power of the imagination. I wrote lots of stories of my own featuring flying eagles and midgets with hairy feet. My life got better, but I’ve been chasing that same sense of wonder in books and writing ever since.

I refuse to see the movie, however, still fuming that Peter Jackson turned it into a trilogy. Stop with the
trilogies, Hollywood. The subtitle of The Hobbit is There and Back Again. Any sensible adventure brings us home again at a sensible time.

Whoa. No pressure or anything, right? I would become Fahrenheit 451 to save other books from the scenario portrayed in Fahrenheit 451. It would confuse the hell out of my enemies. It would be so META their heads would melt like those Nazis in “Raiders of the Lost Ark.” Also, I happen to own a copy of that book, signed by the author, who I met at LA Book Festival years ago. Sweet, sweet man. Just let those Nazi book burners try to get my copy.

I have never made it successfully through Leo Tolstoy’s War and Peace. I first tried over summer break as a freshman in college and got a hundred pages in before abandoning it. It’s my great failure as a reader. Every decade or so, I make the attempt again, only to set it aside. One day, Tolstoy. One day. . .