At first glance, these novels may seem pretty similar. And on the surface, I suppose they are. They are both aimed at the YA market, they both deal with a mermaid-type creature (though only one of them calls it that), and they both have some dark element to them. But they take you to very different places. I got to meet both of these authors at the Twin Cities Book Festival, where they were part of the YA panel talk, and I look forward to getting to know them better.

Lies Beneath by Anne Greenwood Brown 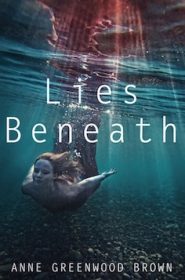 This is the first of a trilogy, with the second one, Deep Betrayal, due out in March. There are several things I liked about this story – it’s told from a male point of view, which is kind of refreshing in the YA genre – and this also means that it is told from the point of view of the ‘monster,’ albeit a somewhat reluctant one. Calder White yearns to escape the bond that he is held in by his sisters. There is a rather intricate mythology here that explains why he can’t just leave, and why they have to return to the waters of their birth each year. They are also a little more, ahem, bloodthirsty than what you may have become accustomed to when dealing with merpeople.

I love that this is set in Lake Superior. There’s even a map that shows where certain points in the story are. Brown brings to life a very real underwater setting and a lifetime of memories for this family. She’s a good writer, with good dialogue, believable plots twists and a great backstory for her characters. These are not your typical good guys or bad guys. They’re conflicted, just like we all are. I have a feeling we are going to
be finding out more about that backstory in later books. And I like Calder. I feel sorry for him, but I like him. She has done a very nice thing for her readers, too – she is posting ‘extras’ on her website, a new one each Sunday in December, of things that she cooked up that just somehow didn’t make it into the book. She’s also got a playlist for the book on her website, heavy on the Violent Femmes. Definitely check this out, but don’t expect anything like The Little Mermaid. 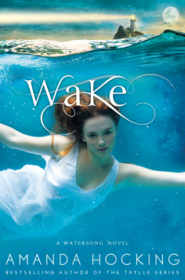 Wait, did I say bloodthirsty already? Because oh my. If you read the Trylle series by Hocking and liked it, well… this is nothing like that. There is no white knight saving the day here. We meet Gemma while she’s just a normal girl. But then she meets these new girls in town, and has a drink with them. Just one little drink. And things start to really

change for Gemma. Again, there is a bit of a mythology here, but it is actually mythology – gods and goddesses. Penn, Thea and Lexi are beautiful and practically immortal. But they are also bloodthirsty as hell, and they aren’t mermaids, but sirens. This novel had a certain ominous and foreboding element to it with Gemma the unknowing victim who has to figure out how she can grab control of her fate.

The setting here is the ocean – a little seaside town called Capri, which we can assume is modeled on a New England-type tourist town. It gives the story some mobility (because the characters can go anywhere) and explains why the girls don’t spout tails when they are swimming in a pool or taking a bath. I also like the concept of the actual watersong, for which the series is named. This is a perpetual call heard from the ocean for these sirens. Imagine if you had to deal with that all day.

The characters are built well, and the dialogue is snappy. Hocking’s strength seems to be in thinking up new worlds for her characters to inhabit. She’s done a great job of building things up in this first book of the Watersong trilogy. The next book, Lullaby, focuses on Harper, Gemma’s sister, and just came out a couple weeks ago. The third book, Tidal, is due out in April. And there will be a fourth book, called Elegy due out next summer.

One thing that she’s done before (with the Trylle series) is to include a short story that gives a different perspective on a part of the story. The short story for this series is called “Forgotten Lyrics.” Think about it – they’re sirens. Just reading a little excerpt from Lullaby will get your blood pumping. Hocking is a great storyteller, and we’re in luck, because she writes fast. So you can start the Watersong series now, and she will probably write it as fast as you read it. (Yes, this is the same Amanda Hocking who was featured
on the front page of the Pioneer Press a couple years ago, who wrote about vampires and sold a million e-books and is famous for her blog.) If you haven’t read the Trylle series
yet, go get it.

So yes, these books have similar villains. But they are not similar, in feel or storyline. One is from a guy’s perspective, who has always been bad guy and can’t help being a bad guy, but doesn’t like being a bad guy; the other is from the perspective of a girl who is on the cusp of becoming herself when she is wrenched into another world entirely. Both reluctant, to say the least, but very different. It would not be repetitive at all to read them both.