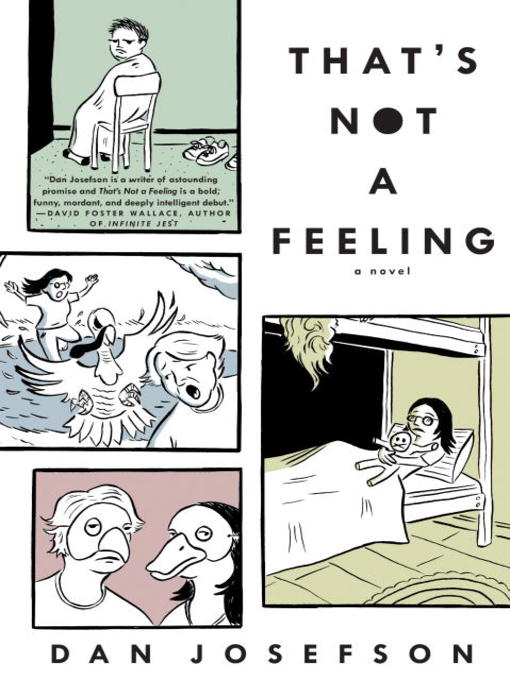 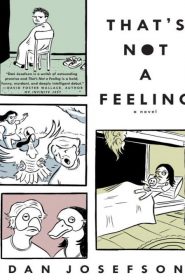 Benjamin has agreed to tour Roaring Orchards, not move in. So when it becomes obvious that his parents have duped him, he unleashes his fury all over the windshield of the family car. He kicks out the front window and is eventually restrained by the staff. The upstate home for troubled youth covers the gamut of troubles. Benjamin’s own: two suicide attempts. The wild-child resumes of his peers are more colorful and range from a spending spree with dad’s credit card to the therapist-friendliness of being “too self-afflicting.”

That’s Not a Feeling by Dan Josefson is a series of almost-there incidents at the mansion and too brief glimpses at the characters who live and work there. It’s written in a very wide brush, subtle way that becomes increasingly frustrating as the book goes on and nothing develops. It is just so close. It could spit and land on great, clever, and funny. Instead its stuck in just-better-than-meh.

The school is run by Aubrey, who has the potential to be both one of the greatest characters of 2012 and also an example of beating a caricature to death. Aubrey’s philosophies lean toward a rule-lessness. He stresses intimacy development (students must stay within arm’s length of each other) and guardian blame. There are touches of solitary confinement. When a character is outed as being too needy, she is “ghosted” and no one is allowed to acknowledge her existence. He speaks in winding paragraphs and allegory like a guru. Most of the major action on-campus involves his staff, who do things like base curriculum on which books in the bookcase can be reached without leaving the chair. Aubrey’s appearances in the story are too brief for such a fantastic and funny character. Or maybe his brief appearances are what keep him from becoming repetitious.

There is a strange perspective here. One is an omniscient third-person who wanders through the minds of the staff and other students. The other is Benjamin’s first person glimpse. The story shifts between the two within a single page in a way that feels self-consciously experimental.

The story has a loose template: Years later, Benjamin is at the now-abandoned school and he’s thinking back on his time there and the people he met, including Tidbit, a trouble-saturated girl he gets close to. This allows Josefson to create incidents: Benjamin digs back to his own ignominious introduction to the school, students attempt to run away, the missing razor blade story, a love affair between two staff members, and the catastrophic birth simulation event that was a particularly low point in the school’s history.

This story feels like it would play better as a linear narrative with a single perspective. Only a few of the mini stories really stand alone. As is, it’s just a little better than okay.