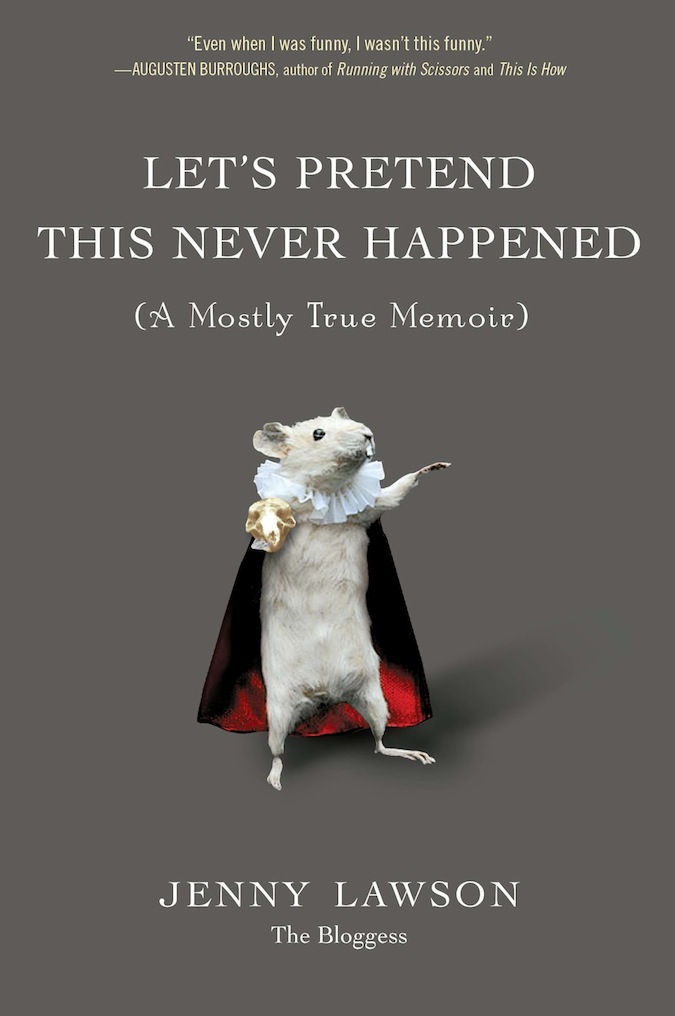 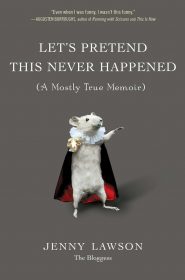 Take a dash of Zooey Deschanel, a sprinkle of Tina Fey, and a scoop of Sarah Silverman, and you get Jenny Lawson, The Bloggess, an extremely popular journalist and blogger who just released her memoir, Let’s Pretend This Never Happened.

In Let’s Pretend, Lawson tells embarrassing stories that have happened to her, and she’s Deschanel-quirky in chapters like “Phone Conversation I Had with my Husband After I got Lost for the Eighty Thousandth Time.” Just picture a ditzy, cute woman talking to her husband on the phone:

Left at that spooky bar that looks like it’s out of Scooby-Doo, left at the place we saw that wild boar that turned out to be a dog, and right at the corner where I threw up that one time. Right?

But Lawson isn’t entirely like Zooey Deschanel. She’s got a little bit of Tina Fey’s wit in the way she tells some stories, like the one about getting pregnant:

I always imagined that when I got pregnant it would be awesome, and everything would go perfectly, and I’d pose for all those artfully naked, pregnant Demi Mooresque pictures and put them all over my house, and suddenly I’d have less cellulite, and then I’d go into labor while I was standing in line at the bank, but it would be okay because the baby would get stuck in my pants leg, so it totally wouldn’t slam into the floor. Thank God for skinny jeans with maternity panels; am I right?

But Lawson’s not as witty as Tina Fey, because instead of always cleverly expressing herself, she often falls back on the easy way we all express ourselves. She swears. A lot. Like Sarah Silverman swearing. “Fuck” and “asshole” seem to be her favorites, which should be evident after you read the thank you at the beginning of the book:

I want to thank everyone who helped me create this book, except for that guy who yelled at me in Kmart when I was eight because he thought I was being “too rowdy.” You’re an asshole, sir.

Besides the swearing, another thing that is prominent in the book are tangents like this Kmart one. Lawson constantly goes on tangents that veer far away from where the story began, or tangents where she talks to the reader or complains about her editor. I didn’t think they were bad, some of them made me laugh out loud, but her style of writing includes a lot of somewhat unconnected tangents. They didn’t make me dislike the book, but I would’ve been fine with less of them.

Comparison’s aside, Lawson does have her own voice in her memoir. She comes off as a funny smartass who doesn’t always say what she’s thinking, but know that she’s telling herself hilarious comments in her head that she may just write down later. Or blog about. Or, perhaps, compose in a funny memoir.