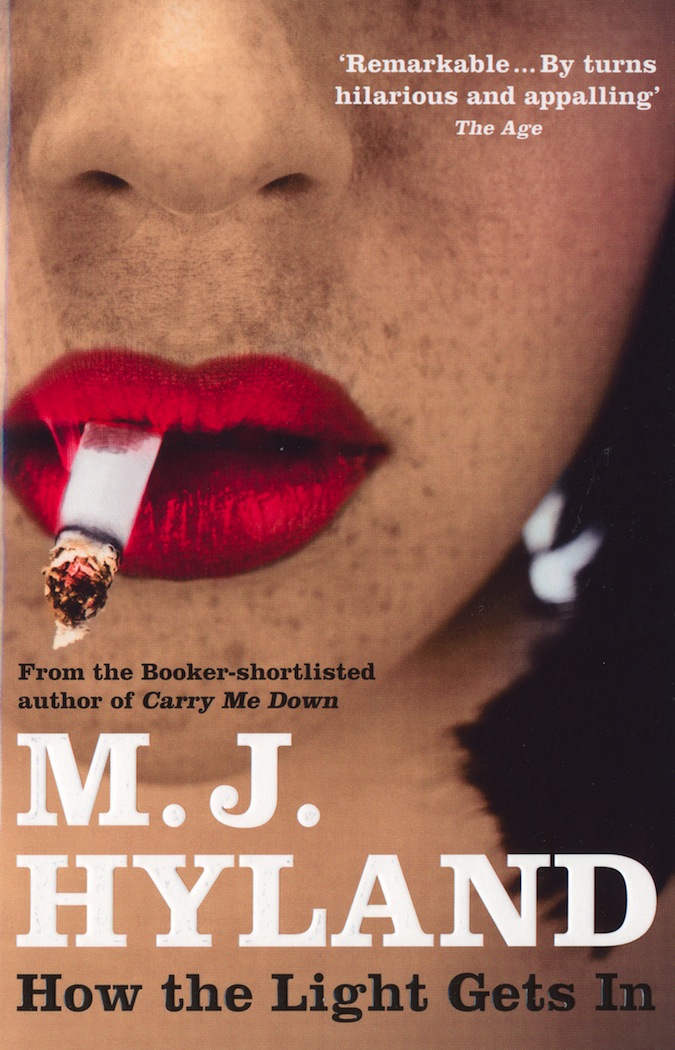 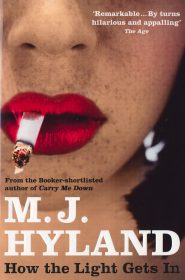 I have an announcement. It’s still pretty early, but I’m confident that I have found a writer to add to my list of faves. Old list of faves, meet M.J. Hyland. M.J. Hyland, meet my boring, old, long-unchanged list.

I found M.J. in an issue of Granta. She was writing about a diagnosis of MS and I just really liked the way she put sentences together. She gave me no reason to stop reading — I’ll stop reading at the first boring word or blah blah paragraph or if the page’s aesthetic is off — and by the end of it I was charmed in an inexplicable way. Probably not the topic. MS, meh. Probably not just because she kept talking about Joan Didion’s manageable form of MS, but it never hurts to have writers mention other writers you like. So.

Where to begin. Well, she’s had a book shortlisted for the Booker prize in the mid-2000s. I didn’t want to start there. I wanted to start at the beginning where the first signs of genius were revealed. Where readers first said, “Okay. I’ll bite. Give me more.”

How the Light Gets In. This is the story of a 16-year-old Australian growing up crammed into an apartment thick with cigarette smoke and revelations of her sisters’ sexual fantasies. Louise Connor’s high IQ doesn’t mix well with her party-hardy family mantra and so she sets out to improve upon her life. She goes to the United States as a foreign exchange student and lands in an upscale Chicago suburb with the Harding family: Mom is a former pianist, but no longer has time to play; Dad is a little looser on the rules and spends his time smoking a pipe in the den; Daughter Bridget is a little younger than Lou and has perfectly white socks and adores shopping; Son James has acne around his mouth and wants to hate-bang Lou.

Lou is super smart with big dreams and high test scores, a fever for the flavor of gin and smokes and is pretty socially awkward. She’s also not one to deflect an unsolicited stroke from a guy she only kind of likes, such is her need for human touch.

Lou has been so super into her plan to stay in America and start a new life that she has failed to plan for the middle ground, that period when she must play nice with a wholesome host family that doesn’t want the guest room to smell like cigarette smoke or for her to hang out with the druggie son of millionaires. Lou bumbles her way through the first half of the year hopped up on gin and making the opposite of good decisions.

Love it. Lou is this great character who, while book smart, doesn’t really seem to understand her own motives. She just kind of blows from impulse to impulse, promising to change — to fit into the host family mold — even when it’s seemingly an impossibility. Then, realizing she can’t meet their vision of her, she crashes the entire plan and instead of doing the best she can, she goes nostril deep in a pile of speed.

Sold. Hyland is a totally interesting writer with a head that goes to some fantastically almost-awful places. I’ll definitely be reading more.