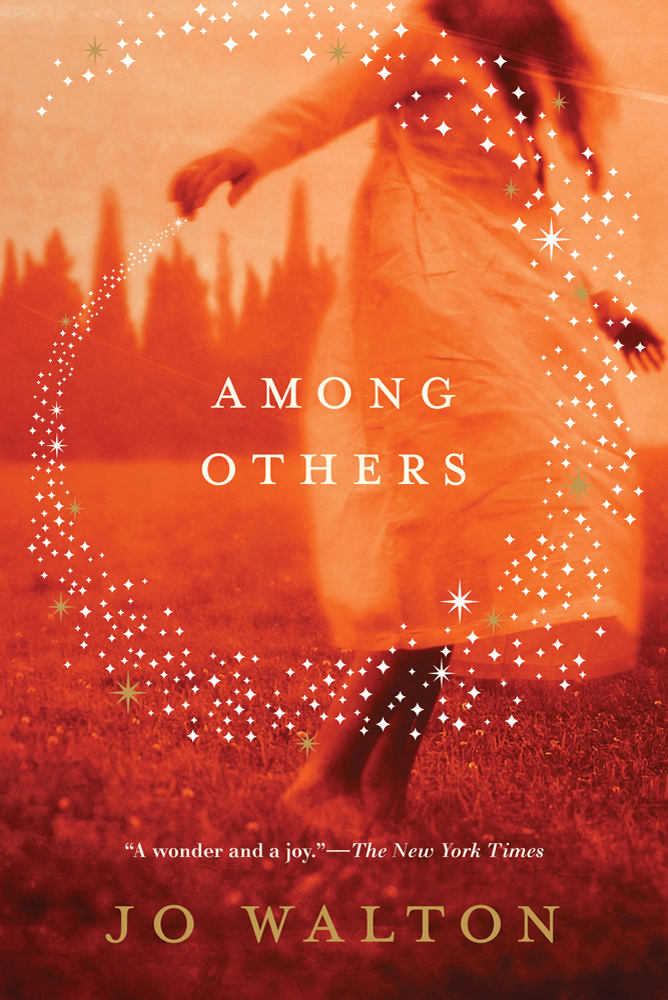 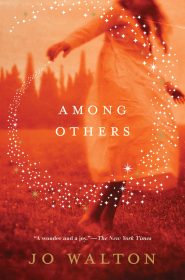 Brilliant. Or in the word of our heroine, ‘brill.’

Okay, so you may think that fantasy is just for kids, or that it is all about weird life forms and traveling through furniture. Not rooted in reality at all. Not true.

Even though a lot of recent fantasy has been aimed at kids (and who can blame anyone for hoping to glide on the coat tails of Harry Potter, even if just for a moment? which is not to say that Harry Potter is only or just for kids. If you’ve read my previous post, you know I’m a huge fan, and there’s lots to love in these books for adults.), Among Others is not just for kids, though it is a coming-of-age story and kids will surely love it.

What it seems to be, to me, is a love story to books. My favorite line: “If you love books enough, books will love you back.” This may go down as one of my favorite quotes of all time. This may go on my wall. Taken from the climatic penultimate scene that is just so wild and awe-inspiring I am still wrapping my head around it. This is also a great example of Walton’s lovely writing. That line would not have the same impact if the second word ‘books’ was replaced with the pronoun ‘they.’ Let’s just say it like we mean it.

The story is written as a series of diary entries. Now before you groan, this is not Anne Frank filling in time. This is a story. Mori, our heroine, has just survived a seemingly horrific surreal encounter with magic, involving her mother and the death of her twin sister. But I’m not spoiling anything here. We get the rest of the story in pieces throughout the current narrative, which finds Mori living with her until-now absent father, whose family is well off in that British old-school estate kind of way.

She is at boarding school, naturally. And while we find out all the twists and turns of what got her here, we also find her dealing with a lot of real life: getting to know her ‘new’ family, dealing with a crippling injury that leaves her ostracized in the boarding school world of competitive team sports, and finding what she calls a ‘karass.’

It’s a tribute to this book that I remember so much of it months after reading it. I found it through a mention in an article in The Guardian (UK) lamenting the way fantasy and what they call ‘speculative fiction’ was overlooked by the Man Booker Prize committee. This same article also gave me the title How to Make Friends with Demons by Graham Joyce. I am forever indebted. And even though Among Others was published in 2011, it is still gaining notice from the likes of Nancy Pearl – it made her recent NPR list for The Omnivorous Reader. And last week, someone tweeted a quote from the book – just randomly.

Among Others is coming of age, but it’s also Mori coming to terms with who she is, and who she is not. Her voice is unquestionably her own. Her story is compelling and at times heart-rending. It’s first love, it’s finding your place, it’s finding your way back home. In between all that, there are fairies, there are magical objects and night time ceremonies, and there are the horrible ways that magic can go wrong.

But it can also go right. And in the end, the best kind of magic, for Mori and for the reader, comes from the books.

Not only do you get a great story in Among Others, as a bonus you get a great reading list. And not only because one of the main plot elements is a book club – but also because our dear Mori is a true reader, escapism and all. Who happens to know a little bit about magic.

Note: I copied out a 75-title booklist from this one. It’s a lot of sci-fi, so I couldn’t read it straight through, but there’s some fantasy, history and poetry too. I’ve never read T.S. Eliot, so I guess it’s time.