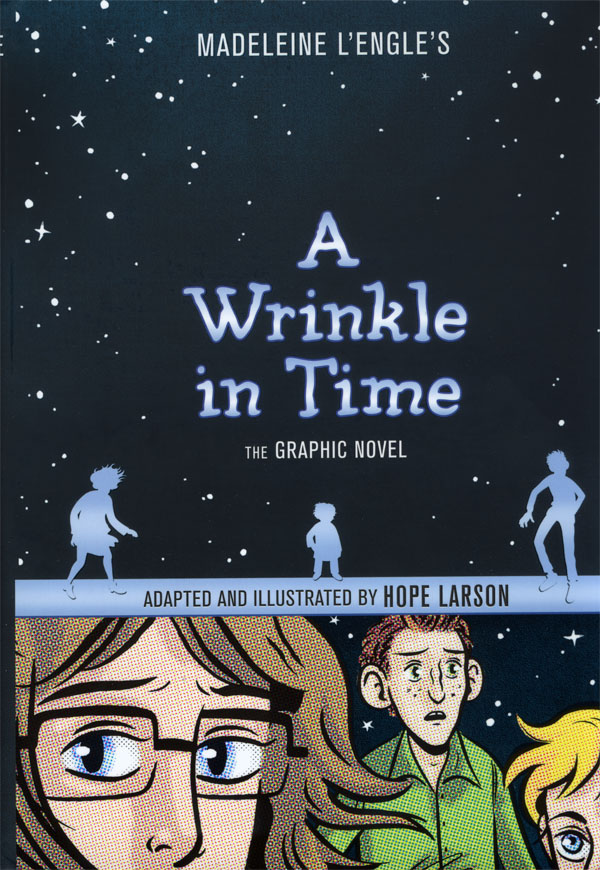 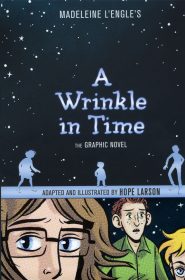 As I recently confessed over in Book Riot’s Buy, Borrow, Bypass for most of my life I thought I had read Madeleine L’Engle’s A Wrinkle in Time. Turns out I read Watcher in the Woods, which is not at all A Wrinkle in Time. It’s like the Silver Eyes/Tiger Eyes episode all over again.

Now, thanks to A Wrinkle in Time: The Graphic Novel Hope Larson’s adaptation, I can say that I’ve sort of read the L’Engle classic.

I was a little leery going into this one after reading about Girl Detective’s struggles with it. However, once I realized that I had never actually read A Wrinkle in Time I was all in, and I really enjoyed it. If you’re like me and have managed to miss this in your childhood, the story revolves around weird, awkward, ill-tempered Meg Murry and her equally weird family.

It seems Meg’s scientist father has gone missing and for most of the people in her small town he’s presumed dead. This pisses Meg off makes her act out in ways that aren’t really constructive. Meg’s Mom, also a scientist, is holding down the homefront which not only includes Meg, but twin boys and spooky, extra-sensory baby of the family Charles Wallace.

After a dark and stormy night, Charles Wallace & Meg run into tall, redheaded Calvin and the three are spirited away by the strange women, Mrs Whatsit, Mrs Who, and Mrs Which, who live nearby.

I’m not sure how much of this is spoiler-y so I’ll keep this part short. The kids are sent on a mission to fight the darkness. It is creepy and weird, and kind of awesome all at the same time. They land on this strange planet called Camazotz where everyone acts exactly the same. It’s conformity to the extreme and I loved every moment the trio were hanging out there.

A Wrinkle in Time is one of those books I’m glad I read as a graphic novel adaptation. Hope Larson’s art is lovely and because of her drawings I was able to see things at a glance that probably involves paragraphs of description in the original novel. I’m not the type of reader who does well with paragraphs of description. I tend to grow bored with it (See: The Night Circus). Reading about all the weird details of a new planet also bores me a bit, which is why I tend to shy away from most Sci-Fi & Fantasy. But when these kinds of things are presented in graphic form, I eat it up and beg for more.