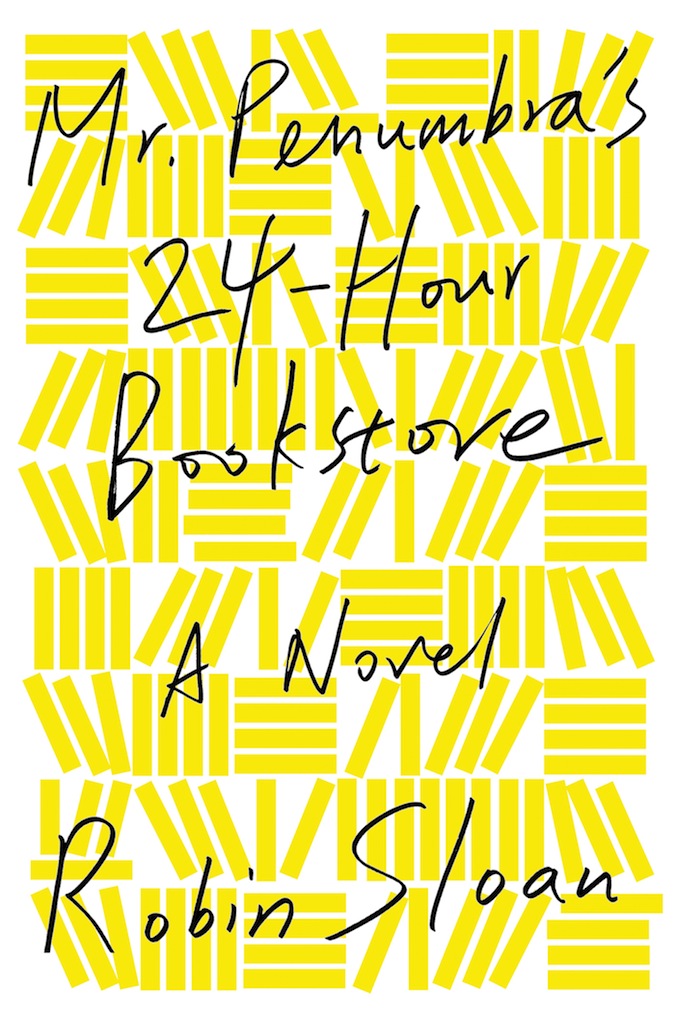 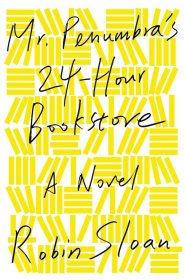 Robin Sloan’s novel Mr. Penumbra’s 24-Hour Bookstore has one leather-laced sandal planted in a world of leather-bound tomes and a digital shoe of the future planted in a world where all problems can be fixed by a quick-fingered Google employee with access to the best technology in the world. While the latter might ultimately win the war, the former is still holding strong in some of the mini battles.

Clay Jannon is a website whiz whose soul died a little the day he was asked to re-brand the image of the bagel to something less artistic and more mainstream friendly. Doesn’t matter, because he eventually lost his job — but got to keep the company laptop — and is now pounding the San Francisco pavement in search of a way, any way, to make money. He finds “Mr. Penumbra’s 24-Hour Bookstore” while out strolling, steps inside and finds a small, vertical store teeming with books. He’d assumed the “24-Hour Bookstore” was a euphemism, but it turns out that is exactly what this is (though he will eventually steal wifi from the strip club next door).

The front of the bookstore contains a seemingly hand-curated collection of books. Yes, Steve Jobs’ biography is there, but Walter Isaacson’s book on Einstein is not. The back of the store is a sort of lending library, open to a select crew of misfits who stop by at all hours desperate to return a book and grab another. A day at the bookstore is divided into three shifts and Clay lands overnights. He manages to hand sell some of the stuff in the front of the store. But mostly he is intrigued about what is happening in the back of the store. Protocol involves finding books for members and also hand-recording details about the transactions in a book kept beneath the counter.

Clay is still super into computers and passes the dead hours creating a 3D version of the store. While doing this, he finds a pattern in what the members are checking out in the back of the room. By solving this, Clay opens the doors to a secret society of cloak-wearing code breakers, a secret cult with branches around the world.

With the help of Kat, a super whiz Google employee who is also easy on the eyes; Mat, an old-school artist who eschews computer graphics in favor of scissors, paper, Legos; Neel, a lifelong friend turned digital boob expert who is willing to finance Clay’s detective work; and the charming Mr. Penumbra, once a big deal in the cult, but now going rogue and bringing his Kindle with him, Clay sets out to solve one of the great mysteries of the world.

And what fun. It has a sort of Ready Player One level of geekiness, but it also has the old-fashioned mysteriousness of dark chambers located so many levels below ground, dusty books, and authoritative voices that bleed with stilted, literary importance. It’s got the echo-y footsteps of a novel by Carlos Ruiz Zafron. It all makes for a great juxtaposition, especially in a world where instead of remembering things, we Google them. A world where one of my Facebook friends recently admitted to trying to enlarge an image in a magazine the way she would do it on her iPhone. And a world where some people still enjoy sticking a nose deep into the spine of a book-book, rather than staring at a combination of pixels that are arranged in the shape of letters.