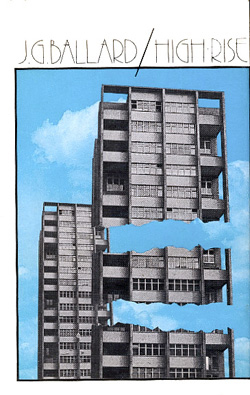 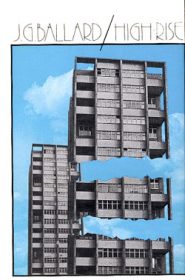 It’s a new 40-floor living complex, complete with pools on two floors, a shopping center, a roof patio and garden, and even an on-site junior high. The residents are professionals: media, doctors, lawyers, accountants, jewelers, documentary makers, and even the architect who designed the spread has a place on the top floor.

It seemingly starts with a single three-floor blackout that sends the residents reeling — despite only lasting 15 minutes. There are stampedes toward the elevators, altercations, a sexual assault. And when the lights come back on, an actress’s dog is found dead in the 10th floor pool. And it seems like a homicide.

There have been other indications that this is a place with its own rules. Hard-partying residents chuck champagne bottles over balconies, which crash on other balconies. Even Laing, newly divorced, has considered the ease with which he could begin a relationship with a woman on a nearby floor and the luxury of carrying on within the confines of the high-rise.

The real game-changer is the death-by-defenestration of a jeweler who lives on one of the top floors. This incites a sort of upper floors versus middle floors versus bottom floors separation. The operational elevators are taken over by different gangs of residents, while other groups block the stairways with furniture. Garbage bags are strewn in the hallways and litter the outside of the building. Another character, Wilder, ditches out on his wife and children and it becomes his life mission to ascend to the upper floors — first recording the chaos for a potential documentary, then just for personal satisfaction.

Royal, the architect who designed the building, is all set to leave this disaster behind with his young, pretty wife. But, like the rest of the residents, there is a compulsion to stay on site that he can’t get past. The stores run low on supplies, there is widespread violence and destruction, the junior high closes and almost everyone stops going to work. This devolves to the point of residents stashing supplies beneath floorboards and celebrating their own pungent odors.

Royal considers that maybe the high-rise’s failure is its greatest success.

“Without realizing it, he had given these people a means of escaping into a new life, and a pattern of social organization that would become the paradigm of all future high-rise blocks.”

New societal rules unfold: they are self-governed and rely on eye-for-an-eye justice rather than external help from the police; All violence is hand-to-hand, or maybe bat-to-bat combat — no guns; New loyalties are formed based on building position, and depending on proximity, residents are assigned a sort of upper, middle and lower class identity. By the end, cat food and dog biscuits are delicacies.

There is, admittedly, quite a bit of repetition in the book. The blocked staircases, the always malfunctioning elevators, the abuse of animals. These scenarios aren’t necessarily heightened, they are just referenced frequently and some of the middle sections of the very short novel seem very long.

This novel is especially interesting if you’ve ever considered the lifespan of the housing projects that cropped up in the mid-1950s, a short-sighted project that didn’t consider long term maintenance or what happens when a building falls into disrepair. See also: violence, vandalism, and a sort of self-government that is wary, if not suspicious, of outsiders penetrating the space.