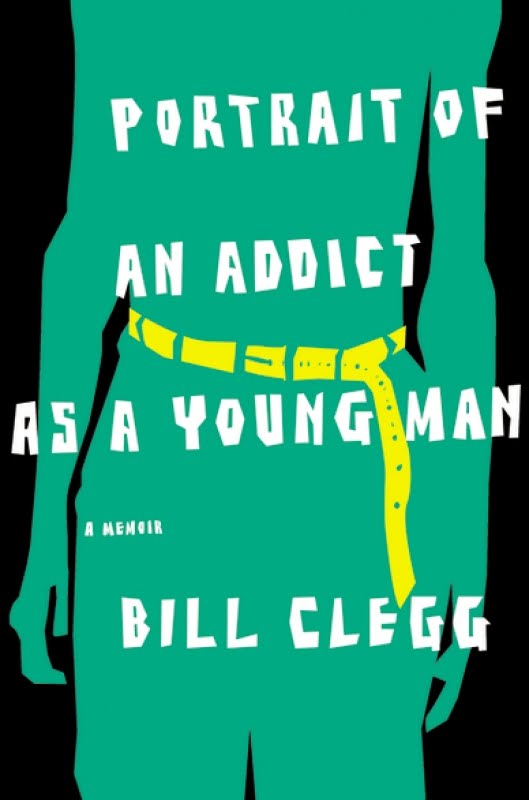 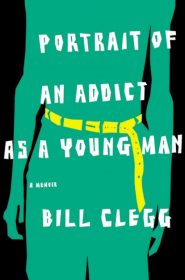 The first time Bill Clegg tries smoking crack he’s in an apartment in New York City with an upstanding citizen from his hometown, a handsome silver-haired lawyer who is older than even his father. And, whoa, is this a good time. Clegg describes it as a new surge of energy, a perfect oblivion, a kind of peace, kinetic, sexual and euphoric, a hurricane, a warm tender caress.

The naughty, drug fueled, paranoia and urination fascination memoir Portrait of an Addict as a Young Man is the literary agent’s story about the time he went on a two-month crack bender that resulted in losing his business, his boyfriend, lots of weight, his home, and the $70,000 he had in his bank account. It’s a repetitive cat-and-mouse capade during which Clegg bounces from nice hotel to nice hotel to seedy corners to both chase a high and outrun the people who are trying to help him — including his boyfriend Noah, a saintly enabler slash filmmaker, and the faceless men dressed in JC Penney’s-ware who Clegg believes are tailing him.

In between these horrible ideas, Clegg also writes about growing up and his pee problems. It’s an obsession that finds him standing over toilets for an hour at a time. He fears the sting of release, and this always ends with him whizzing all over the walls with a nob that has become bloodied from pinching. It’s here that he shows the first skills that he will use as, at first, a functioning addict.  He plots out ways to appear as though he is a functional pisser, when actually he has specific bathrooms and outdoor spaces that he prefers, where he can perform the complicated rub and jump choreography that he requires to dribble.

Clegg is indiscriminate about the wheres and with-whom of his addiction, regularly spotting a certain look, darkened eyes, on a stranger’s face and asking, “Do you party?” before inviting the cab driver or whoever back to a hotel for some sex, drugs, and crack rock (‘n’ roll). He’s got something over a lot of crack addicts in that he’s got a lot of money in the bank which means he can always hole up in a place that is nice enough to deliver bottles of Kettle One directly to his room. Instead of getting to the point of selling his body, he tends to be the one tossing bills on the nightstand. There is a sort of petulant rich kid on extended vacation-ness to his addiction, a catch-me-if-you-can snickered over his shoulder as he tries to avoid the inevitability of death or rehab. Bret Easton Ellis might have written this character, although it’s Jay McInerney’s Bright Lights, Big City that Clegg draws his own comparison to.

His rock bottom comes when he has finally made the aesthetic shift from someone with the chic structure of a gay Kennedy to someone who is basically told that “this hotel doesn’t serve your kind.”

None of this money, prettiness, or support system diminishes the fact that this is a guy with a major problemo, who is willing to let crack take precedence over his lover, his family, and the single most important literary event of his young career. At the apex of the story, he’s in possession of enough crack to wipe himself out a dozen times over. And because this book exists, as does a follow up and he still shows up on Page Six once in awhile, the assumption is that the final act of intervention worked.

Although, in this memoir at least, it’s hard to say why. There isn’t a single moment when he looks in the mirror and thinks: “Dude. This has to stop. You’re a complete mess.”

Most addiction memoirs are pretty similar. Addiction doesn’t really manifest itself in new ways that challenge a reader’s imagination. It’s all painful, it’s all impossible, it’s all sneaky and filled with tender non-addicts who love so hard and then suddenly just can’t anymore. Addiction memoirs are formulaic, just like a lot of genres. But this one is extra ugly and extra desperate and more than a little loathsome. And it’s just so well written with these crazy-visual details and an almost poetic, but not in that overwrought way.

There was a scene in the final chapters when my face began to shake involuntarily and my eyes filled with tears and I felt like someone had misplaced the couch and accidentally set it on my chest. I’m not sure why, but it just socked me right then and there and I had to remove myself from the story so I didn’t totally lose my mind. So, wow. Not sure how that happened.

Also fun fact: Noah is actually a pseudonym. And, as filmmakers do, he’s made one about a foreign filmmaker and his drug and sex addict boyfriend. Cannot. Wait. To see it. I’m dying to get into that guy’s noggin.