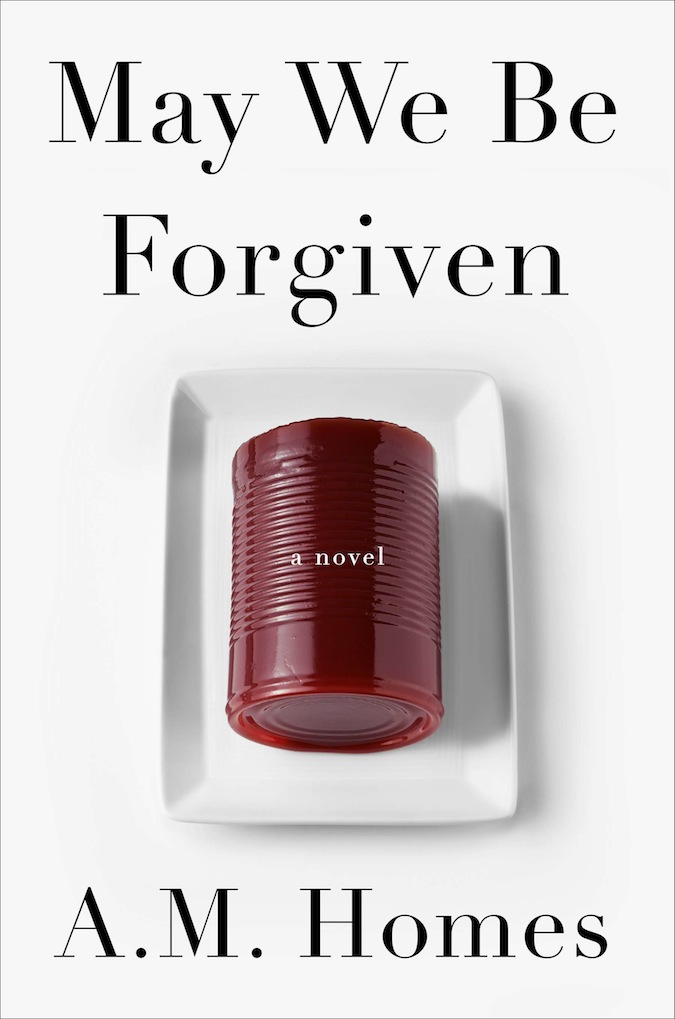 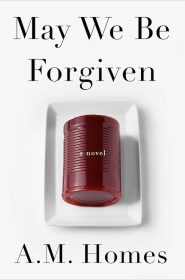 A.M. Homes’ novel May We Be Forgiven starts exactly the way you want a novel by A.M. Homes to start: Harry Silver is helping his sister-in-law Jane clean up after Thanksgiving dinner at his blowhard, TV exec brother George’s house. During one haul to the kitchen, Jane cozies up to Harry, kisses him, and then dismisses what happened as something she doesn’t want to deconstruct. When Harry almost, kind of mentions it to his distant wife Claire, she tells him he’s imagining things. Not long after, George rear ends a minivan in what is later deemed an accident but seems to be some sort of psychotic episode. A husband and wife are dead, but their son Ricardo lives. While George is hospitalized for his mental health, Claire suggests that Harry move in with Jane to provide comfort. But it’s a sexy version of comfort and one night George sneaks out of the hospital, comes home, finds them in bed together and beans his wife to critical condition with a lamp. She dies, George lands in jail and Harry is left to manage his pre-teen niece and nephew and to slowly absorb George’s stuff as his own.

And then: Hijinks. Chaos. Farce. Long narrative trips to comedic situations that aren’t very comedic. It all amounts to a painfully tedious story with a self-conscious wacky for the sake of wackiness to it. Cue the scene where Harry puts a full coffee cup on top of his car, realizes he has just seen Don DeLillo and (clarinet music) Harry ends up with coffee all over his windshield. Of. Course.

It is plot-heavy, with a large cast of characters and their individual quirks to keep track of. Episodes start and then fizzle, or go on and on and on well beyond the point of interest, if there is one. Harry’s wife divorces him. He begins searching online for lunchtime hookups with bored wives. His position as a professor specializing in classes about Richard Nixon is scheduled to be eliminated after the semester. He’s still got a book in the works about Dick, though. Young Nate, 12, is away at boarding school and has, in the past year, been working on providing financial assistance to a small South African community. Young Ashley, 11, is at a different kind of boarding school and in one scene Harry has to talk her through the process of removing a tampon from the wrong hole and she ends up crapping on the floor of her room.

Both kids have developed an interest in the newly orphaned Ricardo, an interest Ricardo’s guardian aunt doesn’t share, and Harry begins the process of taking him in as a foster child. There is a married woman who can’t get Harry out of her craw and a customer from the A&P who wants to bang him occasionally, but prefers to know nothing about him. He gains access to some super secret Nixon paperwork. He gets involved with the government’s plot to end his brother George’s illegal escapades. Harry is held hostage by young children curious about his motives toward their mother. The cat has kittens. His bedridden mother takes up dancing and a lover.

Oh. And those Don DeLillo appearances.

The story ends like 500 pages later and by then Harry is in charge of a whole brood of children and senior citizens and animals and small South African communities and you know what this is, right? It’s all quintessential Anne Lamott and her eternal message about DIY Family Kits, where strangers are adopted into the family and suddenly Thanksgiving is this eclectic event and no one knows how anyone knows anyone else and they take so many group photographs. Except Anne Lamott does this in like 250 pages and when you read Anne Lamott you know this is what you’re getting because it’s Anne Lamott and this is her jam.

There are the usual hints that Harry has grown and changed over the course of the year of his life this story covers. But it’s not like a guy who takes on his brother’s family and pets is a monster to begin with. He visits his mother, repairs strained relationships with other relatives. His motives, at first, might be to assuage the guilt he feels about the situation and this morphs into a genuine affection for the people who have come into his life. But that’s such a subtle shift and by the end — the quirky bar mitzvah, the trip to South Africa, the barbecue with his girlfriend’s husband and kids — it’s not worth it.