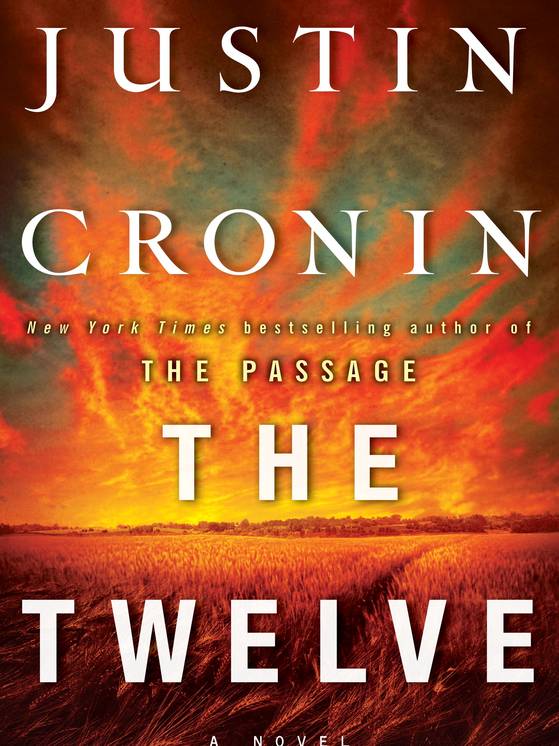 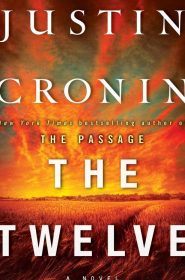 Two years ago Justin Cronin wrote the blockbuster The Passage, which I really enjoyed. I’ve been not-so-patiently waiting for the second book in the trilogy, The Twelve, and I’m happy to say that my wait has not been in vain. The Twelve is even better than The Passage.

In The Passage the government tests a virus on death row inmates hoping to turn them into fighting machines for the military. It goes downhill quickly. The virus turns them into vampire-like monsters called virals and they quickly take over the country and either kill millions of people or turn them into vampire-like creatures they can control. The novel then jumped 100 years to a small town showing how they survived since the outbreak and how they started to venture outside their walls to find other survivors and the virals.

That’s a very short summary of a 900-page book, so don’t feel as if I ruined it. There are a lot of wonderful things in the book and it is fabulously written so I highly recommend it. After you read it you need to then read The Twelve.

The Twelve picks up not long after The Passage ends, but throughout the book we do jump back and forth in time to get the whole story about an event or person. The book isn’t linear in time, but it is in terms of the story.

The title of The Twelve refers to the virals. They are the twelve who’ve been infected and they command the millions of people they have turned into vampire-like creatures, but the millions are connected to whichever viral turned them. Kill the viral and those they’ve turned will also perish.

In the large city of Kerryville, somewhere in what we call Texas, humans have survived and elected a president, designed ways in which they can produce and farm crops, and created a military. Their military leaves on missions to find and kill virals, but they have yet to be successful.

But Kerryville isn’t the only city of humans. In a fabulous, creepy turn of events, a new city emerges somewhere in what we call Iowa, and it’s almost more dangerous than the virals. In this city, a cruel overlord rules them all, with the help of some vampires. He found a way to harness their powers and uses it to his advantage. The Twelve is about the virals but it’s also about politics, justice, and the transformation of society after an apocalyptic event.

Characters from The Passage also show up in The Twelve, like Amy, Alicia, Sara, Peter, and Carter. I was so happy to see Carter again, one of the twelve. We got such an amazing backstory of the death row inmate in The Passage and then he just disappears. Carter is back in this one and better than ever. The other characters continue to grow and are wonderful, too, with Peter leading our way through this tale. But there are also great new characters introduced, like Guilder, the cruel overlord. It’s fascinating watching him change from good to bad. I also loved Tifty, a used-to-be military man now turned gangster. Tifty has a lot of layers to him and is not always as he appears.

But all the characters have layers. The character development was strong in The Passage and continues to grow in The Twelve. Cronin is a great writer and creates wonderful, meaningful backstories and crushing realities for some of these characters. It really is well done.

And the story is wonderful, too. With the 100-year jump in The Passage, I was a bit thrown off. It didn’t seem to flow as well for me, but here everything just worked. Cronin weaves back and forth in time to continue to move the story forward and he does so without confusing the plot or making it disjointed. We see relationships grow, the good and bad of politics, the lengths people will go to get what they want, and the heroism of many.

I really did love this book. It will be one of my top ten of the year. Go read it, after you read The Passage, of course.