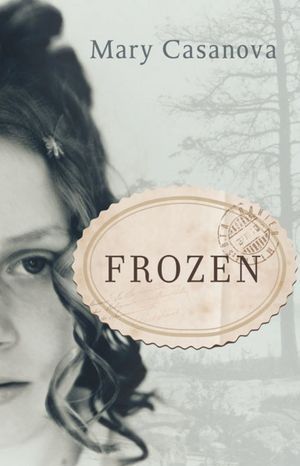 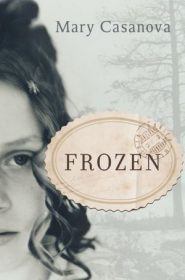 Everything changes the day Sadie Rose finds the photographs. The subject is captured in suggestive poses and as Sadie Rose studies them, her previously locked memories creak open. She remembers touching the fabric of the dress and the face is familiar. It’s her mother, whose death a decade ago has become a sort of urban legend in the small Northern Minnesota town near the Canadian border.

Minnesota writer Mary Casanova’s young adult novel Frozen follows Sadie Rose from the day she sheds her complacency and begins taking risks to find out what really happened to her mother. Sadie was four years old when she was found almost frozen to death in the snow. The newly-orphaned girl was taken in by the childless Worthingtons: Him, a politician; Her, a conservative stand-by-your-man sort attuned to the family’s public appearance.

Young Sadie’s mother had been a prostitute whose ignominious death is still cause for chatter. The woman’s body had been found frozen in the snow. An anonymous prankster took the body and propped it up at the start of a city council meeting with a bottle of alcohol in her hand, a surprise bit of, um … hilarity? for the locals.

The traumatic experience rendered Sadie Rose unable to use her voice. She communicates with a small slate and follows the Worthington’s rules for how to be a lady as the family winters in St. Paul and summers in Rainier, Minn. She absorbs what happens around her and music is her outlet. The Worthingtons are out of town for some flesh pressing and Sadie is in the charge of an older Norwegian couple when she discovers the photographs, which inspire her to test the polite boundaries she has silently agreed to in the past.

This new-found bravery marks the surprising return of her voice, a curiosity about the politics involved with the region’s natural landscape and the millionaire owner of the paper mill’s plans for development, a bunch of arty and/or liberal friends who want more rights for women and to save the land from being scarred by big business. They also inspire a new haircut and a need to solve the lifelong mystery of her roots.

Casanova’s story was inspired by true events: In the early 1900s, a frozen prostitute was propped up as a tasteless prank. The writer, known for her children and young adult books, has kicked around the who-what-where-when-whys behind the story for years and finally decided to exorcise it. The quick-read novel is equal parts mystery and portrait of a small town at a time of social change. It’s a nice story and Sadie Rose makes for a pleasant tour guide. She’s an argument for nature in the nature-versus-nurture debate and it’s fun to see her unfold into a woman who asks hard questions and doesn’t settle for the meek, mousey, and mute rules of proper living. It’s easy to see her beyond the pages of the book as an initiator of change. The story relies on quite a few plot-tying coincidences, but it’s worth shelving disbelief for an afternoon.