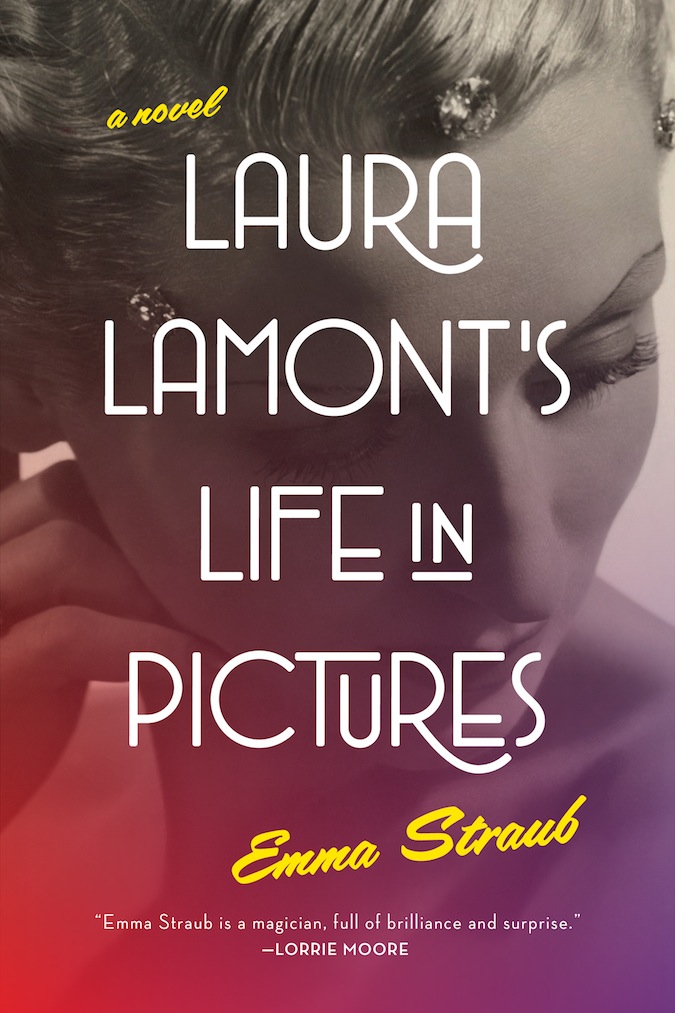 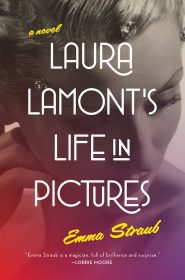 Say we were all sitting around a table right now. A big bowl of tortilla chips, a rainbow array of San Pellegrino flavors at the ready. We’d just chipped the Yahtzee cup from overuse. We all took turns sighing dramatically until I suggested a way to kill time:

“I have an idea. What if we all tried to imagine the life of a young girl from the Midwest who makes for California and is built into a good, old-fashioned Hollywood starlet?”

We would, undoubtedly, create something that sounded a lot like Emma Straub’s debut novel Laura Lamont’s Life in Pictures. The origin story for leading ladies is a familiar one. Take a blonde farm girl and put her on a bus for Los Angeles. Restrict her intake to water and air with celery on special occasions, use the finest pencil to create matching crescents on her forehead, point her bazongas toward a studio exec, and give her a little nudge. The awards will be followed by migraines which are followed by the ignominious graduation from ingenue to the role of the ingenue’s mother. If she hasn’t killed herself yet, well, she just hasn’t tried the right drug cocktail.

Straub hasn’t deviated much from the same-old, same-old script for her version of the long, sad life of Elsa Emerson who grows up in Door County in the 1920s. Her parents host a summer stock-style theater on their farm and young actors from around the country spend the summer camp out in cabins between runs of “The Royal Family,” etc.

Elsa is the youngest of three children, including her favorite sister — the all-flair Hilda — and the quiet worker bee Josephine. Her mother is cold, her father is warm. Hilda gets caught up in a summer fling that ends with her starring in a dramatic final act, which sets the scene for Elsa to eventually hitch her star to a young actor’s Greyhound ticket. She lands in La-La-Land and ultimately gets a small litter, a new name, a new hair color, and a new high-power husband.

Laura Lamont becomes the go-to girl for sad story lines and even wins an Academy Award. Then, against her better judgement, Laura begins to age. And the sad turns aren’t just on screen.

Straub’s novel is heavy on exposition, light on character development. It’s like a “True Hollywood Story” minus the interviews and insight. She’s got an interesting juxtaposition with Elsa-turned-Laura, but doesn’t really mine the two versions of the same woman. When Laura begins a relationship with a studio head, it’s hard to tell whether this means anything to her or if it’s just another rung on a ladder. And when Straub doubles back to paint it as something genuine, it feels false. Her instances of foreshadowing feel more like flashing hazard lights. I can’t figure out why Straub decided to tell this story, which could easily be the biography of any young Hollywood actress in the dawn of talkies.

Of course, it’s a little sweet — albeit darkly sweet — as anyone who read and loved Straub’s short story collection Other People We Married might expect. But it could use more consideration and depth.