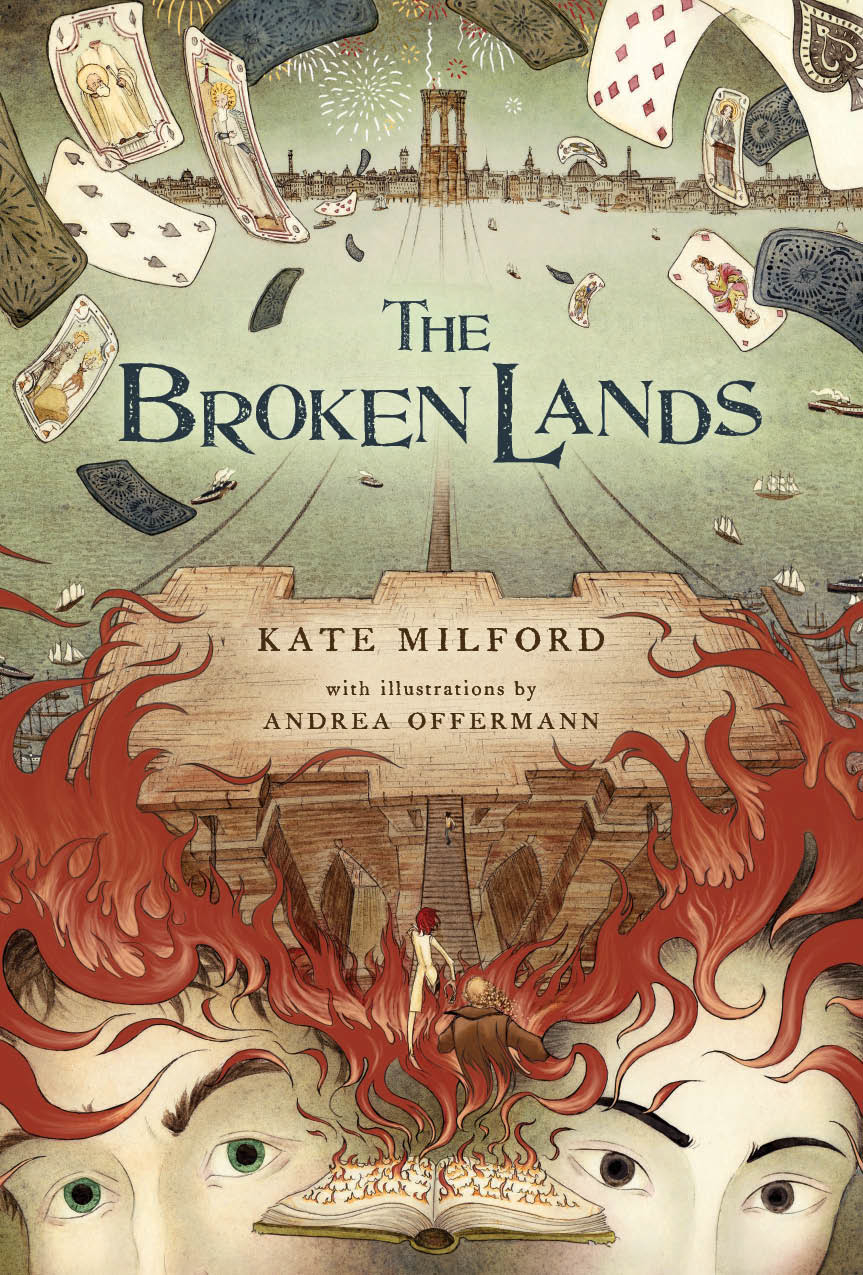 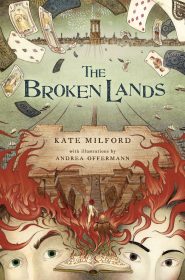 I loved Kate Milford’s first book The Boneshaker. I was surprised such great writing came from a new author, but excited that I’d get to read a lot more from her in the years to come.

Her latest book, The Broken Lands, has cemented her place as an author I will continue to watch.

The Broken Lands takes place in the broken United States in 1877, where the aftermath of the Civil War and Reconstruction is still felt, and new innovations are battling against old traditions. Nowhere else can this be better shown than in the crossroads of Brooklyn and New York City, where the Brooklyn Bridge is being built, rich men are making money, and the poor are thieving, gambling, and scrambling to make it through each day. But there are evils afoot that could tear apart these crossroads for everyone.

Some non-human entities enter the scene in an attempt to find the five pillars of society, those people they need to conquer in order for their boss to sweep in and claim the lands for himself. To find these five pillars, they commit murder and set demons free in the cities to sniff them out. But these beings didn’t expect some humans to team up and attempt to defeat them.

Sam, a teenager and son of an Italian immigrant, makes his living by taking tourists in card games. He’s a smart, scrappy kid, who knows his way around the good and bad parts of the cities, and who has young and old friends everywhere. Jin, a Chinese girl and fireworks aficionado, is in town to put on a show, but gets mixed up in this whole mess when she discovers the murder victim. They team up, along with a slew of other eccentric characters, to try to save their cities.

I realize that this description sounds odd, but the book is odd. In a good way.

The history is vibrant with the sights and sounds of New York and the building of the Brooklyn Bridge. I could feel the pride and sadness in the townspeople because it’s an engineering marvel but lives were lost in its construction. This created an unnerving feeling which just carried on when magical creatures enter the scene and they are much more powerful than any of the humans. These people are already wounded from the Civil War, continue to be wounded as they try to move forward with new innovations, and while they’re at their weakest they need to deal with magical, powerful beings. This overall sense of anxiety and worry carried through the story in so many different ways, and by the end my anxiety was on high and I was scared.

The reason this book is odd is that it’s not really like other books in its genre. It’s clearly fantasy, but it’s so much more. Milford does in The Broken Lands what she did so well in The Boneshaker – mix together history, traditions, folklore, and a little bit of magic to create a mysterious, absorbing tale, all while creating some really strong characters. I loved Sam and Jin and I could read more tales with these two.

I honestly can’t compare The Broken Lands to other books because it stands apart from them. Like The Boneshaker, it consistently bucks traditions and cliches to bring something new and fresh while still being old-fashioned and full of folklore. I don’t know how Kate Milford does it, but I dig it.