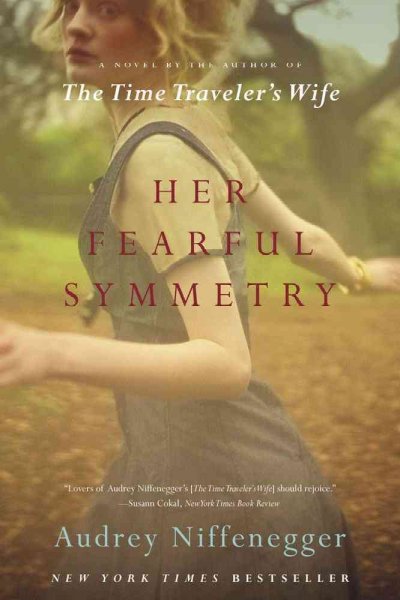 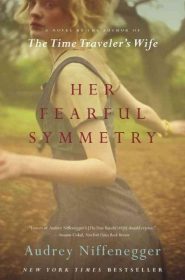 I really liked Audrey Niffenegger’s first book, The Time Traveler’s Wife, in large part because I felt like Niffenegger had been given the space and freedom to indulge herself and write something big, romantic and dramatic.

But if The Time Traveler’s Wife succeeded for those reasons, Niffenegger’s follow-up, Her Fearful Symmetry stumbles because of them.

I wouldn’t have picked up this one if I didn’t like Niffenegger’s propensity for the shamelessly dramatic, intensely passionate, or outright strange. But those elements function best if they’re tempered with a dose of reality. They need contrast to be fully appreciated.

At least The Time Traveler’s Wife had a few realistic characters and was set in contemporary Chicago. Her Fearful Symmetry takes place on the edge of a sprawling Victorian cemetery in London and is populated strictly by historical researchers, eccentric cemetery caretakers, and other improbable figures. It’s technically set in the present day, but with how often Niffenegger has characters poring over Victorian texts and pondering poetic gravestones in settings Edgar Allen Poe would have found a bit overwrought, Her Fearful Symmetry sits uncomfortably between historical fiction and a modern novel.

I would feel less confident in this assessment if it weren’t for its hurried ending. After two-hundred pages spent sensing ghosts and half-resisting ill-advised romances at leaisure, we’re suddenly rushed through a finale. The change in pace is so abrupt it made me wonder if Niffenegger’s editor told her she couldn’t go over a certain page limit and had to wrap it up.

If that’s the case, I wish that editor would have been even a little more strict. Sure, give us unnerving twins, but maybe don’t make them borderline incestuous. Give us a cemetery, but don’t spend quite so much time there. And unusual characters are great, but mix them in with a few more normal ones.