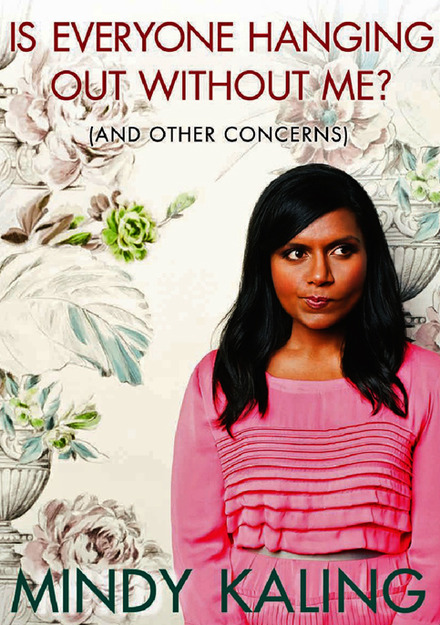 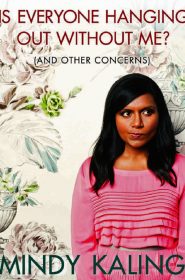 Could someone please cleanse me of Mindy Kaling? And quickly?

I don’t know what made me pick up her book, Is Everyone Hanging Out Without Me? (And Other Concerns) Maybe it’s that David Sedaris hasn’t had a book out in awhile and I was jonesing for some funny writing. Maybe I miss “The Office,” where she’s a writer, more than I realized.

Whatever it was that made do it, I hope it never happens again.

Calling this book “fluff” would imply it has infinitely more substance than it does. And that’s not to say lighter-than-air comedy can’t be funny. It’s just that this. . . this isn’t.

Is Everyone Hanging Out Without Me? is like reading the diary of an eighth-grader who would brutalize a close relative if it means she could be popular but insists she’s comfortable being who she is. How this wasn’t written entirely in text-message abbreviations and emoticons is a modern marvel.

Kaling swoons over guys who wear black J.Crew peacoats and Chuck Taylors and are “men, not boys.” She rhapsodizes about Will Ferrell movies. She strikes that sad, falsely sassy attitude like “I’m an average American woman and designers need to make cute clothes for people like meeeeee!!!!” She actually writes things like “sometimes you watch something so funny you realize after the moment is over that you’ve stopped breathing. You’re actually breathless. That’s how I felt the first time I saw Melissa McCarthy in Bridesmaids.”

At one point, Kaling gives the reader a list of why she isn’t Kelly Kapoor, her ditzy, airheaded character on “The Office.” It really wasn’t necessary, because the chief difference is obvious – Kelly Kapoor is funny.