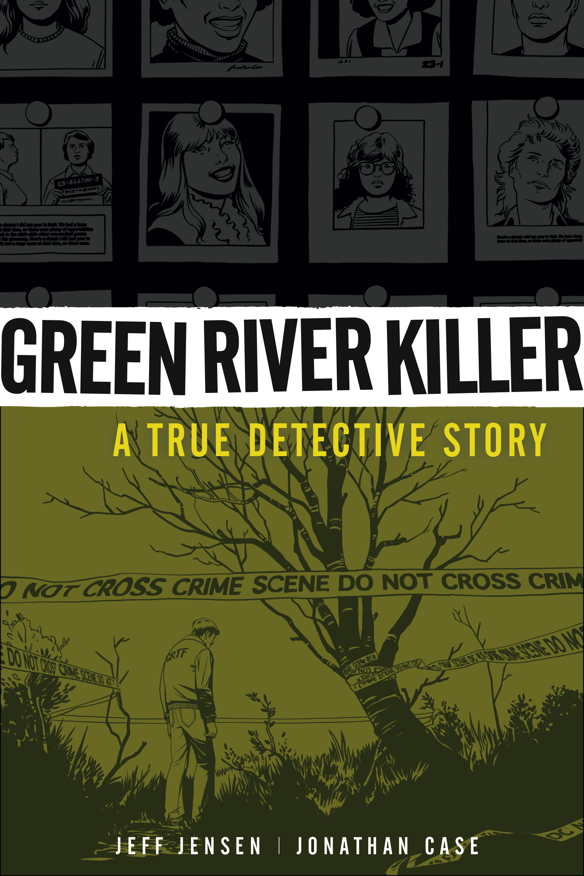 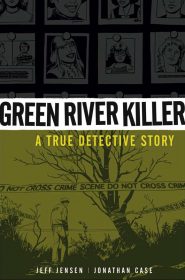 Like so many TV crime dramas, Green River Killer: A True Detective Story by Jeff Jensen and Jonathan Case starts with a gruesome scene. In this case it’s a young kid playing alone when a stranger approaches, asks some lay-of-the-land where-are-your-parents questions, then warns the kid about talking to strangers. Then, of course, the man stabs the kid in the back. The kid, dressed in a cowboy costume, has enough left in him to gasp “Why did you do that?”

“Because,” the stranger responds, collapsing his pocket knife. “I wanted to know what it felt like to kill someone.”

Fans of “Criminal Minds” or the “CSI” franchise know this leads to a commercial, followed by the crime fighters weaving their way toward solving the mystery. In Jensen’s graphic novel — part true crime, part old-school cop show, part tribute to his father — the story doubles back even further to show how Thomas Jensen became a detective involved with one of the most high-profile homicide cases in history: The case of the Green River Killer.

Gary Ridgway killed at least 48 women, likely about 25 more, in Washington in the 1980s. He picked them up, did sex, then he would choke them to death and leave bodies strewn in the woods — sometimes returning for more sex before they turned cold and were overtaken by decay and wildlife. A special task force — which included the author’s father — was created to hunt the killer. Ridgway wasn’t arrested until 2001. As part of a plea bargain, he would disclose the location of more bodies in exchange for not receiving a death sentence.

For more than 100 days, Ridgway was housed in an office at the police station to keep the investigation confidential. A crew would take Ridgway into the field so he could point out where he had buried bodies. Ridgway proved to be a frustration, though, since his memory was shot and developers had changed so much of the area’s layout.

The original scene of the book turns out to be Ridgway’s first foray into killing, though the boy lived.

As much as this story, with art by Jonathan Case, is about The Green River Killer, it’s about Thomas Jensen. He’s a detective obsessed with the unsolved case to the point where it becomes his life’s work. That it goes unsolved draws plenty of criticism from citizens. The detective, eventually, is the only man left on the case as it grows cold.

The detective has a delicate touch when faced with family members of missing girls. He’s got a way with computers before computers are the way. And he’s internalized much of the case to keep his family protected from the gritty deets. His release is construction, and the Jensen family home gets plenty of updates and remodels during grueling periods.

Jeff Jensen, the author, gets a few scenes in the book, too. He’s a child, oblivious, watching TV while his father decompresses. As an adult, his father confides to him that they are about to make an arrest.

This story has a real cop-show quality to it. Not just the present-day, color-saturated 48-minute capers that play in marathon form, but also the cop shows that the author must have been watching as a kid. “Hill Street Blues,” “Barney Miller” and a touch of “Cagney and Lacey.” There is an on-going banter between the elder Jensen and his partner, who constantly ribs him about his incessant smoking.

For as gruesome as the details are, Green River Killer is a little bit adorable in the way the author took this big thing his father was a part of and turned it into a sort of superhero tale. It’s a nice tribute to his father.