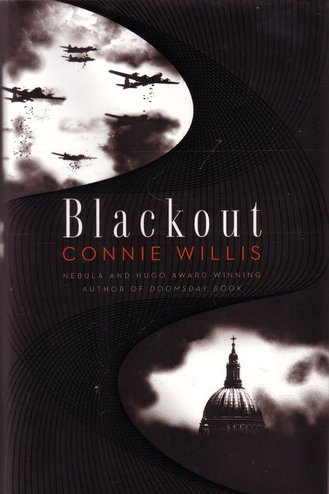 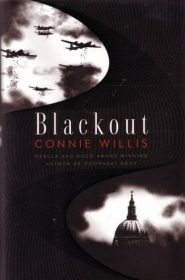 It’s 2060, and time-traveling historians from Oxford are being sent to different regions of the planet, in different time eras, to observe events in our history. Michael is prepping for a trip to Pearl Harbor, Merope is struggling with some terrible child evacuees in England in 1940, and Polly is preparing to be a shopgirl in the middle of London during the 1940 Blitz. But for unknown reasons, these historians are seeing their assignments get switched or moved up, leaving them little time to fully prepare for their destinations.

With the chaos that surrounds these three before they leave, problems seem like they will be inevitable, and of course they are. Historians have always believed that enough safeguards were set up to ensure they could never alter history, but when problems occur with their time travel, they end up in the wrong places at the wrong times and start to question this long-held belief. Can what they do actually change who wins WWII?

I need to begin by telling you that Blackout is the first of two books. When Connie Willis was writing it, it just kept getting longer and longer. It was eventually split between two books, Blackout and All Clear, and together they won both the Hugo and Nebula awards in 2011.

The awards were well deserved. Blackout is amazing, but this is Connie Willis, after all. She’s a sci fi tour de force and everything she’s written is fabulously gripping.

What makes Blackout so interesting is the history mixed with science fiction, and I’d actually argue that this is more historical fiction than sci fi. But if you think about it, the two are closely related. No, seriously. Both of them give us insights to places and times that are quite foreign to us today. The reason I say this is I really think sci fi fans will love this book, but historical fiction fans would like it, too.

Willis did extensive research into WWII England and it shows. There is such detail about every place she takes us. We see what happens when children were evacuated to manor estates in the English countryside. Manors were overrun by children, many bratty, annoying, scared children, and the servants became nannies and teachers while still taking care of the elite manor masters. In the rescue of British troops at the evacuation of Dunkirk, we get the view from the boats doing the rescuing, with bombs splashing all around and dead soldiers floating in the water. We also see what it was like for someone who was injured during the evacuation and the differences between 1940 medicine and today’s. And during the Blitz in London, I could see, smell, hear, and feel all the people taking shelter in the tube stations while the bombs poured down.

To write a book with this much depth, Willis had to do a lot of research, because time-traveling historians would know a lot about the place they were sent. Polly, the shopgirl during the London Blitz, knows exactly when and where every bomb hits. Michael knows the name of every boat that successfully rescued soldiers at Dunkirk. But what happens when they start to notice slight changes in what they know to be true? Is this because the British placed false reports in papers to throw the Germans off, which we know they did, and we have the history wrong? Or is it because the historians did something to alter history? And what do they do when their drop, the place they go to get back to 2060, stops opening?

Throughout the book some questions kept rolling through my mind about how the time travel was supposed to work and I started thinking that there were some inconsistencies in the story, but by the end the historians were asking those very same questions. I am so curious about how this all plays out.

I loved this book. I learned a lot of little things about WWII, and the idea of time-traveling historians trying to avoid certain places and people was so much fun. Connie Willis has been churning out quality, well-written science fiction for years and Blackout is no exception. She knows how to blend science fiction and historical fiction into a fascinating view of our past and a thought-provoking exploration of our future.

Now excuse me, I need to immediately start reading All Clear because Blackout ends in a cliffhanger and I can’t believe I stopped to write this before I started All Clear.