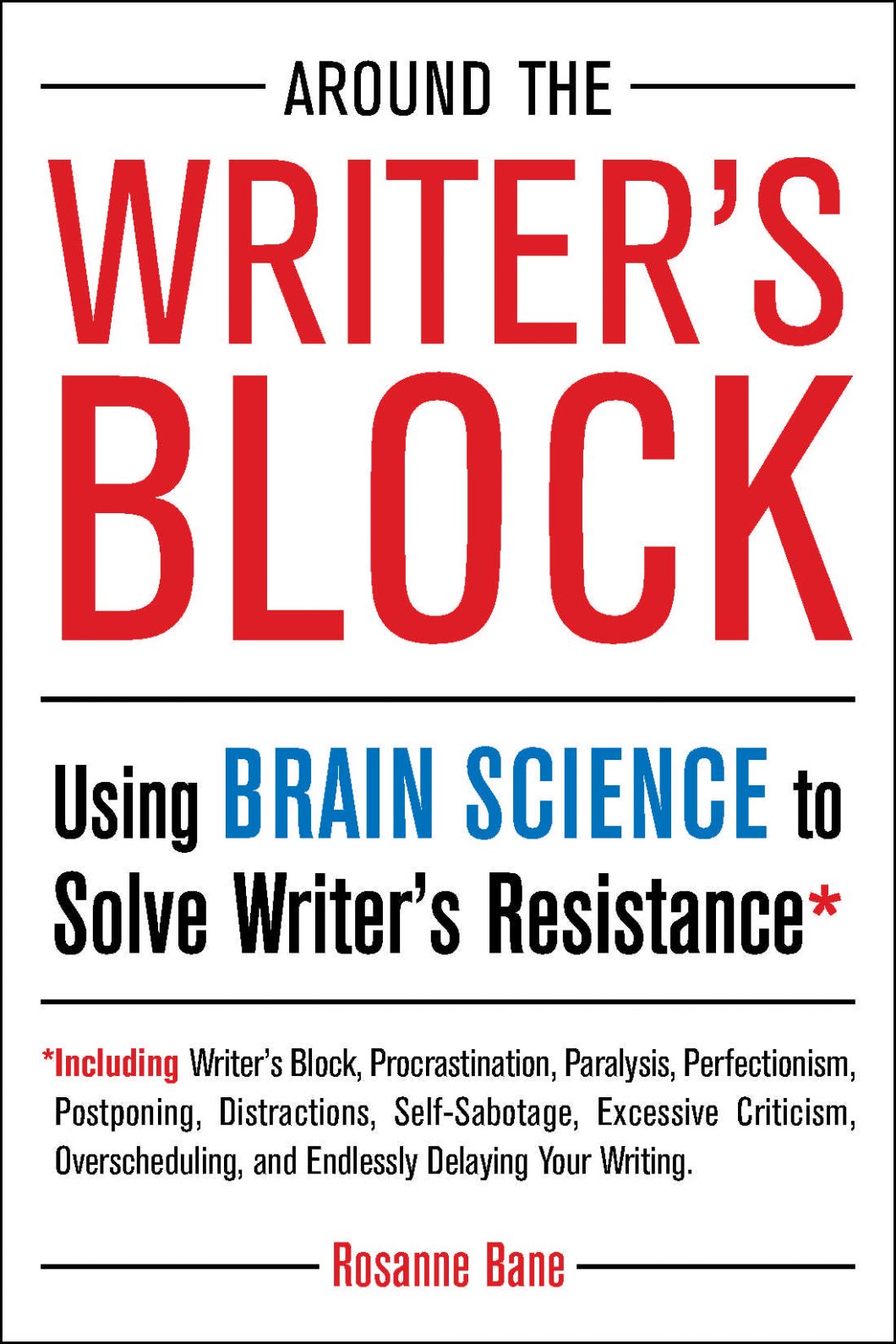 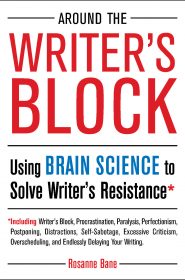 If you’re at all familiar with The Loft, you’re probably familiar with Rosanne Bane’s name. She’s taught at The Loft for twenty-five years! Holy cow, that’s impressive. Rosanne teaches classes about getting in the writing habit and now, a class about getting around writer’s block, which is appropriate considering her book, Around the Writer’s Block: Using Brain Science to Solve Writer’s Resistance was just released in August.

With an author as experienced and with such a fascinating background as Rosanne, I won’t even attempt to summaraize her experience. Instead, I will point you in the direction of the about page on her website, where you can learn for yourself why she does what she does and about how her dog taught her about motivation.

While you’re clicking around you should be sure to visit her blog which as one of the the best name’s ever: The Bane of Your Resistance. There you can learn a little bit about what it’s like growing up with the last name ‘Bane.’ Before you head out, make sure you read Rosanne’s answers to our six questions.

I just finished Precinct 13 by Tate Hallaway – who knew Pierre South Dakota was such an interesting and alternatively-alive city? I planned to read just a chapter or two late one evening, but ended up forcing myself to turn off the light at page 100. I devoured the rest of the book in two more nights. I can’t wait for the next book in what I hope will be another Tate Hallaway series.

I’m currently reading Deadline Artists: America’s Greatest Newspaper Columns. I started with the section on Humor and had a hard time stopping at a decent hour with that, too. Maybe staying up too late reading is just a character flaw of mine; if so, it’s not one I plan to surrender anytime soon.

I had crushes on plenty of TV and movie characters when I was a kid. I’m too embarrassed by my total lack of taste or discernment back then to admit which characters I sighed over. I will admit that imagining myself as a character interacting with those characters was probably the genesis of my urge to write fiction.

I cherish and respect so many authors; can’t I have more than one favorite? But no bars, because it’s too difficult to really talk in a bar. I’d love to have Terry Pratchett, Sheri Tepper, Connie Willis, Megan Lindholm, Neil Gaiman, David Brin, Kelly Barnhill, and Lyda Morehouse over for dinner and stay up all night talking shop.

The Tall Book of Make-Believe. It was a tall, narrow book with fabulous stories about a boy who had a magic lollipop that got bigger every time he licked it and a girl who keeps getting in trouble because a naughty mouse. It’s a rare and expensive book now because it was illustrated by Garth Williams. I loved and cherished that book.

To Kill a Mockingbird

I was going to say that I can’t answer this question because once I realize I want to read a book, I just do that. There isn’t a book I’ve been waiting to read or saving for a special occasion.

But then I realized the book I yearn to read and can’t yet is my third published novel. I’ve already have read (and re-read and revised) the manuscripts that will probably be the first and second novels I publish. The story that would be my third published novel is a complete mystery to me, but I definitely want to read it before I die.

I could say my tenth published novel, but that would just be greedy.