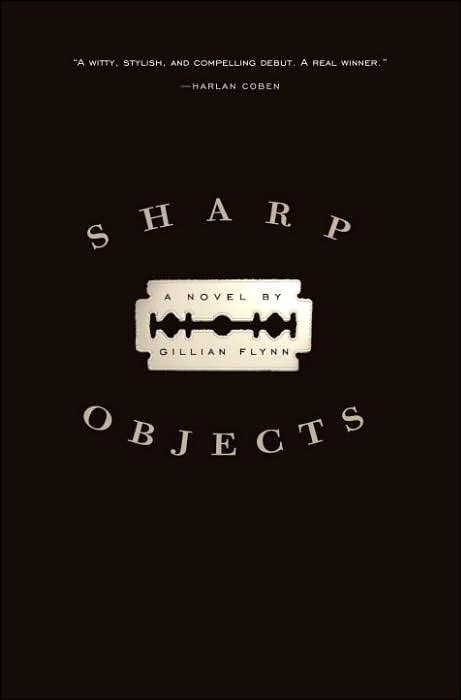 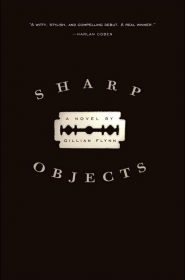 After the dizzying, glorious ride of Gone Girl, it was imperative to dive right into Gillian Flynn’s back catalog to see if I was missing out on more of the best mysteries ever.

As logic would dictate, I started at the beginning with her debut novel Sharp Objects, about a mediocre reporter for a mediocre Chicago daily who is sent back to her podunk Missouri hometown to report on a serial killer.

Camille Preaker is not thrilled at all to be back in Wind Gap which has more to do with her cold, distant, rich mother and creepy little sister than it does with the serial killer who is killing young girls and pulling out all their teeth before dumping their bodies.

Though Camille left Wind Gap over a decade ago, she carries the scars of the town with her. Literally. Camille is a cutter and though everyone remarks on her physical beauty, nobody knows that underneath her long sleeves and skirts are raised scars, where Camille has carved words into her skin — wicked, girl, love, whore. Her body is a journal of all her woes. And she’s got some woes.

Aurora, Camille’s pork-heiress mother has yet to recover from the death of Marion, Camille’s younger sister, some eighteen years ago. Aurora takes her anxiety out on Camille’s other younger sister, Amma, the thirteen-year-old Queen Bee Mean Girl. Amma is a beautiful, wily bitch who rules the teenage girls of Wind Gap with an iron fist.

The mystery at the heart of Sharp Objects, who is killing the town’s nine-to-ten-year-old girls, is kind of an easy-to-figure out bummer. While Flynn tries to throw a few red herrings the reader’s way, they are obvious and never really distract from who the real killer is.

Even though the mystery is a bummer, the creepy, weird dynamic between Aurora, Camille, and Amma is the star of this show. These three women are so perfectly characterized, so wonderfully drawn, that you won’t even care if you know whodunit, early in the book.

The scenes between Camille and Amma are amazing and make you wish Camille wasn’t so easily distracted by a handsome detective from Kansas City or the cutie-pie, barely-legal brother of one of the victims. I wanted all Amma and Aurora all the time.

While this doesn’t have the delicious twists and turns of Gone Girl, it’s still a pretty decent read. Gillian Flynn has a divine knack for creator characters who are so much fun to hate. It’s strange because you’d never think reading about such horrible, awful people would be so damn much fun, but it is.