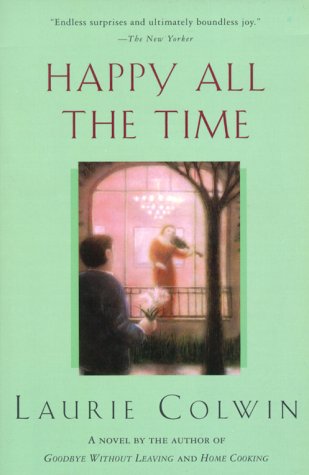 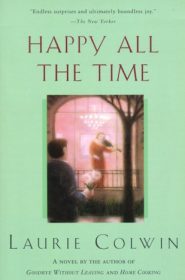 There are some writers who are good enough to disregard plot in favor of a collection of quirky characters slinging each other with cute conversation. See also: Laurie Colwin, whose 1978 novel Happy All the Time is simply the story of third cousins tip-toeing from bachelorhood to couplehood and the difficult targets who change everything they believe to be true about women. What, in theory, could reek of a banter-y rom-com with a “Gilmore Girls” preciousness is smart and lively and potentially something that might have inspired the writer Charles Baxter — the last person I decided could write whatever the hell he wanted.

Guido is a romantic, tapped to run the family’s nonprofit arts organization. He meets Holly outside of a museum and goes gaga for her in the least subtle way, describing her for Vincent as though she was a piece from one of the collections inside. She doesn’t find this cute. They continue to cross paths and eventually she agrees to go out with him. Holly is light on emoting and poor Guido never really knows where he stands with her. When he asks her to marry him, she goes away for a week to remove herself from the situation and gain some perspective. Though she promises to return to him, he ends up wandering around sullen with a stained aura.

Vincent is slower to find a life partner and instead has a series of not-so serious relationships with unavailable women, hearty women, women who love horses. He meets Misty while working at a think tank: him in garbage, her in linguistics. Her only romantic experience has left her soul scabbed and he is forced to take a friends first approach and woo her first slowly, then suddenly. Like Holly, she eventually cracks.

On the sidelines are a slew of caricatures including a super efficient secretary and a hippie, vibe-feeling fill-in secretary, uncles and aunts with colorful pasts, a vegetarian dancer, and another cousin who gives Misty a bit of a core shake.

Colwin’s strength is bursts of hilarious dialoge. When Vincent buys flowers for Misty, he says to the seller: “Give me something that looks like the thing they hang on prize-winning horses.” During another scene the crew is dining at a vegetarian-friendly restaurant and Vincent says, holding up a vegetable punctured with holes, “Do you eat this or did it fall off someone’s shoe?”

Storywise, you get something akin to watching Sims characters wander between home and work and dinner parties. It’s very light on conflict and there is a sense that all will end well. Instead of dips and valleys there are a series of speed bumps one’s tail bone would barely even register. Still, it feels so good to read it, even if it does trap your face in dopey grin mode.