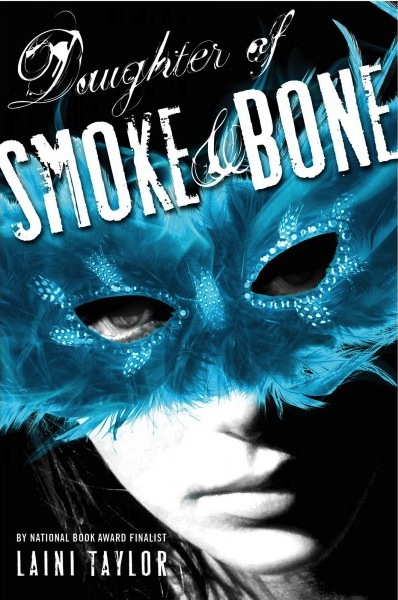 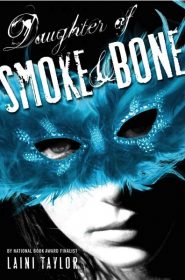 If you could get a wish for a tooth, would you trade? It could be your tooth, an animal’s tooth, or even a baby’s tooth. The wishes would range from big to small based upon how many teeth you trade. Who doesn’t want little wishes, like dying your hair a certain color for life or causing embarrassing things to happen to a foe? For bigger wishes, like flying, it’ll take more than one tooth, but who doesn’t want the ability to fly like a bird?

This is the only life Karou has ever known. Since she was a baby she’s been raised by Brimstone, a half-man half-beast, and other beastly creatures and trading teeth for wishes is the norm. Karou, a human, has been kept in the dark about her beginnings but has come to accept her dual life both in our world and Brimstone’s. In our world she’s a great art student and in his she’s allowed only in his workspace and given small wishes that she squanders on blue hair and little tricks.

This all seems perfectly normal to Karou, though she has always wondered who Brimstone really is, why and how she came to be raised by him, and what the hell he does with all those teeth. All of these questions slowly unravel for her when she meets Brimstone’s enemy, a gorgeous angel named Akiva.

Daughter of Smoke and Bone by Laini Taylor is a beautiful, well-written mixture of fantasy, folklore, mythology, religion, and romance, and I raced through it. It’s a great story, full of awesome characters (I’m going to gush when describing them, you’re forewarned), pulled together with Taylor’s amazing imagination.

Karou is a typical, believable teenager who has boyfriend issues, likes to hang out with her smartass friends, has some bully problems, and wastes her wishes on silly things like normal teens do with money. She grows throughout the story and really changes in a lot of ways because this is a coming of age tale for her. She’s strong, funny, vulnerable, and I loved her.

And then there’s Akiva. Akiva is hot. He’s described as being so beautiful that he doesn’t even realize what his beauty does to people, so whoever your epitome of beauty is you need to triple it. In my head he was way hotter than the hot, dark-haired werewolf from “True Blood.”

So, yes, Akiva is hot, but I fully admit that he isn’t as interesting as Karou. He’s a tortured soul, wandering the world, incomplete. I wish he were a little more fleshed out, but even though I view him as this tortured soul, it’s still interesting to uncover his story and piece together how it intertwines with Karou’s.

And then there are all the smaller characters, like Karou’s best friend Zuzana, a great sidekick who puts up with a lot for her friend, and Brimstone and the other beasts, who are caring and creepy at the same time.

The story is propelled by the characters, their histories, and the mistakes they’ve made along the way. Every one of them has made mistakes, some small, some disastrous, but all done with the best of intentions in mind. Because I loved the characters so much, when they made mistakes I was crushed and pissed. I even screamed “No!” a couple of times and then pouted afterwards.

Overall, it’s a great book. The writing is solid, the world building is inventive, and I just want to be friends with these characters. But I’m happy to know that I’ll see them again. This is the first in a trilogy so know that this book ends with a surprising cliffhanger and you’ll be counting down the days until the next book’s release in November.

Now, where can I get some teeth?