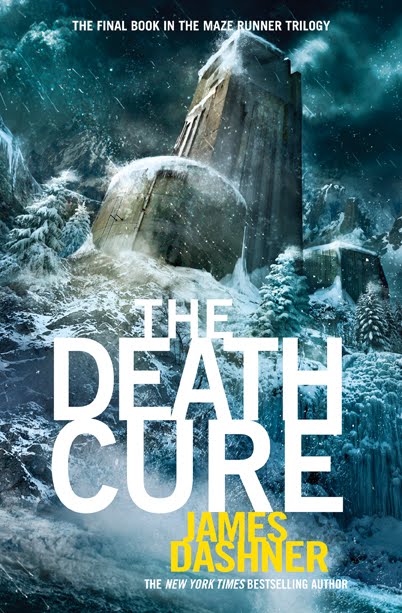 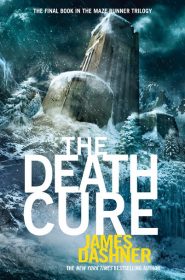 Travel back to January with me, where I highlighted my anticipated YA novels of 2012 including The Kill Order, the prequel to the Maze Runner series by James Dashner, even though I had never read the series. People have recommended this series to me for over a year so I assumed I’d love it and want to read the prequel.

I have enjoyed the first two books in the series, The Maze Runner, and The Scorch Trials, but I didn’t love them. They were good and entertaining, and sometimes that’s all you need from a quick read. I still figured I’d read the prequel after I finished the series, but I just finished the last book, The Death Cure, and now I’m not so sure. The Death Cure let me down.

We start The Death Cure right where The Scorch Trials ended, with Thomas in a padded room after completing the test he and the other Gladers were put through in The Scorch Trials. They were told they’d get a cure for the Flare, the disease ravaging the planet that turns people into zombie-like creatures, if they completed the test. Now Thomas and the others are told that there is no cure and that he and some of the other Gladers are actually immune to the Flare. The reason they were put through tests was to help WICKED, the organization doing this to all of them, try to find a cure.

I was with the story at this point. They were lied to again. Check. I expected that.

Sick of being lied to, Thomas and the Gladers heard that others have escaped to Denver so they hatch a plan to follow them. The things that happen to them in Denver are really interesting because we finally see what has happened to the world devastated by the Flare, and it’s everything you would expect. Those with the Flare are quarantined to a certain part of the city which is then overrun with crime. Paranoid citizens turn in anyone they suspect of having the Flare because they don’t want to catch it. Groups of Flare-immune people are getting kidnapped for no apparent reason, and on and on. A lot of paranoia takes over Denver and we see it all through their eyes.

I was still with the story. The paranoia in Denver was good. Chilling at times. Where the book goes downhill for me is the ending. A bad ending can ruin a whole book.

I’m not going to tell you the ending, but I will say that it bored me. Things leading up to it were exciting and then it just ends. I totally see what Dashner was doing, but I wanted something more. The rest of the books were action-packed, and even this one had its moments of action, but I found the ending so boring. It didn’t compare to the excitement that built up throughout the rest of the series. It’s like the movie “The Village.” I saw the ending far in advance and when it ended I thought, “Seriously? I was right? I wasted my time for that? How stupid.”

It just seemed like the ending could’ve happened a lot sooner if that’s all it was going to be, but I read three books and that’s what I got. I’m not so sure I’ll read the prequel. The ending annoyed me so why would I care about the beginning?