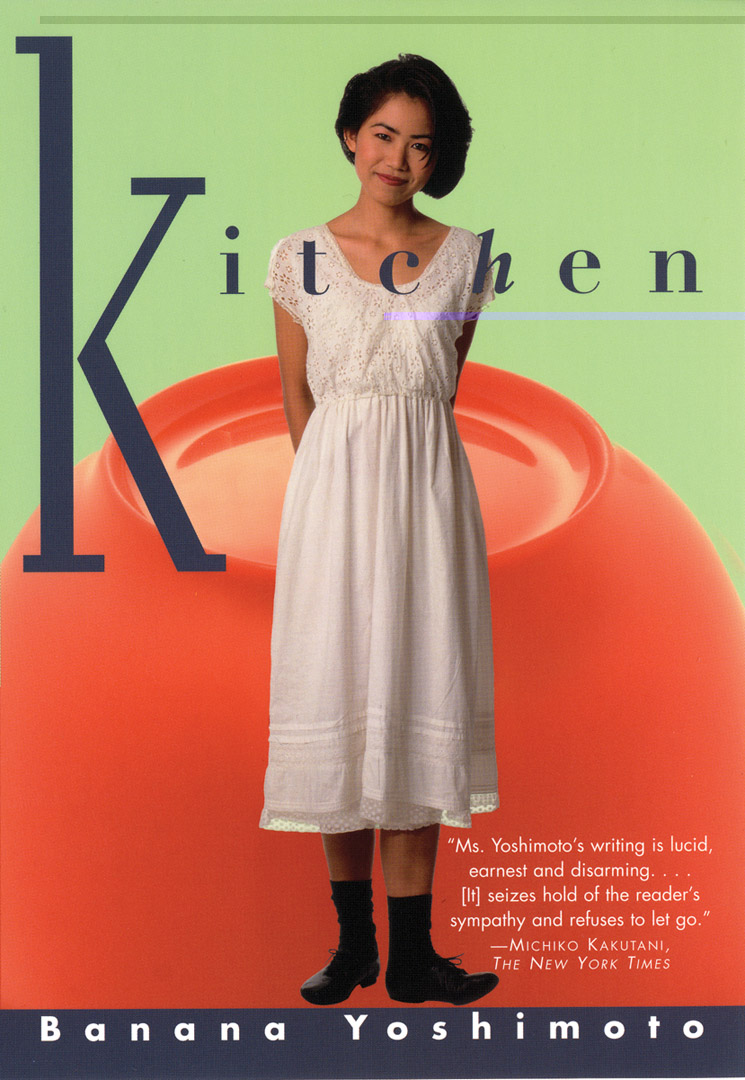 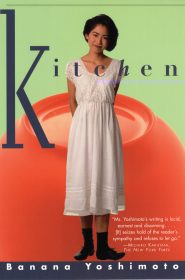 If you’re looking to develop an appreciation for Banana Yoshimoto, fans will grab you by the shoulders and push you until you are nose-to-cover with her mini little novel-plus-one, Kitchen. And they’re right. This is the goods. But it’s not the title track of this compact little collection, it’s the companion piece “Moonlight Shadow,” tucked into the back of the book, that is the star of the show. This is where the nickname “Murakami Lite” snaps into place.

“Moonlight Shadow” is about 50 dreamy pages of magical realism. It starts with Satsuki and Hitoshi falling in love after she innocently gives him a small bell that has fallen off her cat’s collar. He always keeps it with him and it becomes a piece of their relationship. He is driving his younger brother’s girlfriend to the train station when he gets into a car accident that kills them both. Satsuki’s mourns by going for a run every morning at dawn from her mother’s house to a bridge where she and Hitoshi used to part at night. Hitoshi’s brother mourns by wearing his late girlfriend’s school uniform, skirt and all.

Satsuki is staring into the water beneath the bridge and drinking tea when she’s met by this strange, other worldly-seeming woman, who promises her that something rare is going to happen in this place in a few days. It’s an occurrence that requires optimal circumstances and it only happens once every hundred years.

The story has a misty fairy tale-ness to it that make reading feel like watching jellyfish while dulled by Lortab. She doesn’t have the hypnotic hand of Haruki Murakami, who can monkey with your mind to the point where it becomes tricky to know whether you are asleep or awake and still reading. But she does have a touch of this, and that’s enough.

This is not to say “Kitchen” doesn’t make a better-than-decent opening act. In this novella, Mikage’s parents died when she was young and has been raised by her grandmother. Then, when her grandmother dies, she’s knee-deep in grief mode. Her only comfort comes from curling in next to the refrigerator to sleep in the kitchen — her favorite room in any home.

She’s unsure of her next move when Yuichi enters the scene. He is her age and works at a flower shop her grandmother frequented. He invites Mikage to come stay with him and his mother, Eriko, who used to be his father until his mother-mother died and his father went through gender reassignment surgery and blossomed into a beautiful, enigmatic woman.

Yuichi moves into their apartment overlooking a park and spends a few months with warm companionship. In the second part of the story, she has moved out, Eriko has died tragically and now it’s Yuichi who is struggling.

Yoshimoto loves characters in mourning. She also loves giving stock characters a hip check that makes their hopes, dreams, motives unpredictable. She also likes to blur the lines between friendship and love affair and keep relationships as hard to define as possible. Now that I’ve got a few of her stories under my belt, I’m starting to dig her.