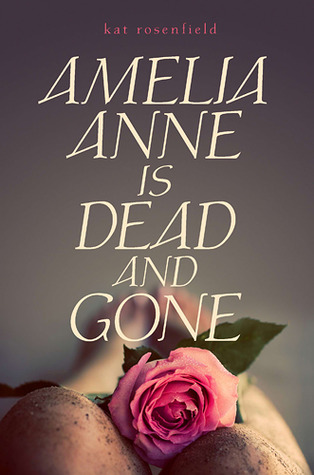 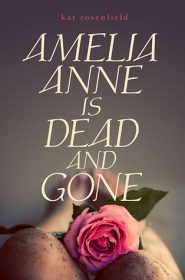 On Monday night I was pretty sure that someone was skulking through our front yard. The bushes were moving — kind of whooshing, actually — in a way I’d never noticed and it wasn’t like it was windy-windy. My ears perked up and I shut off the screen of my phone and moved from the porch glider to the front steps so I could be more aware of my angles and because seeing a face pop up between the two dying ferns on the railing would be a new level of terrifying. It took a few seconds for my eyes to recalibrate from staring at a glowing Dice with Buddies screen to the darkness of a West Duluth neighborhood at 1 a.m.

My ears perked; my arm hair could have brushed a long-hair cat. That whooshing again.

It’s been awhile since I’ve been casually scared shitless. Or, maybe not scared shitless, but definitely hugely on edge. So I’m blaming Kat Rosenfield and her debut novel Amelia Anne is Dead and Gone, a YA story about a dead girl found on the side of the road in a small town and a recent high school grad who is obsessed with the dead girl and oh-so sick of the town. I’d just finished it and the final 30 percent of the book had me skittish and on alert for signs of danger even off the page.

The story starts in the back of a pickup truck, scratchy blanket, mosquitos, and Becca has just graduated, salutatorian, done it with her boyfriend James and gotten dumped. She’s been riding big plans to go far away to college and never come back — she’s always kind of felt like an outsider — and he’s decided to rip off the Band-Aid and screw their final summer together. When she wakes up the next day, she learns that an anonymous woman was found dead on the side of a back road not far from where she was getting the bang-and-dump treatment not much earlier.

The town buzzes with gossip about the dead girl and James is back on Becca’s porch the next day contrite about breaking up with her and suggesting a reversal. The dead girl sticks in Becca’s craw and colors everything that summer: Her interaction with peers, her relationship with James, her inability to notice right away that mom is hitting the wine pretty hard, and dad is pretending he fell asleep watching TV and that’s why he never went to bed. It’s also making her second guess her plan to get out of town.

I used to read Rosenfield’s blog, which always ranked among my favorites. It was uncommonly funny, super well-written and, frankly, she does interesting things. Seeing this novel go from vague mentions to full announcement to having a cover to publication has been really cool.

With “Amelia” she’s written a good story, a mix of suspense and twists. It captures small-town living with its gossip spilling out to the furthest branches of a phone tree and, alternately, the way people zero in on someone who is limping along and carry them for awhile. The instinct to flee and the inability to pack. And the pacing gives it that hot endless summer feel that seems to go away at some age, though who remembers exactly when.