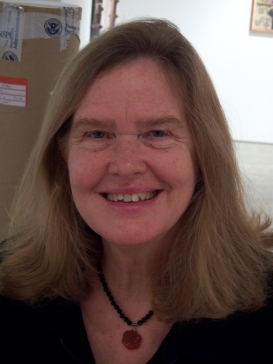 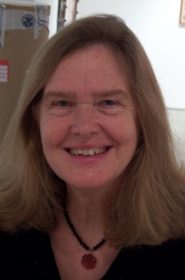 Freya Manfred is the author of six books of poetry as well as the literary memoir Frederick Manfred: A Daughter Remembers, which was nominated for a Minnesota Book Award and an Iowa Historical Society Benjamin F. Shambaugh Award, and Philip Roth called a “classic.” As if that weren’t enough, her poetry has appeared in over 100 reviews and magazines and over 30 anthologies. She has received a Harvard/Radcliffe Fellow In Poetry Award, a National Endowment for the Arts Award, a Minnesota Poetry Award and a Tozer Foundation Award, and has has been a Resident Fellow at Yaddo, The Helene Wurlitzer Foundation, and The MacDowell Colony.

A long-time Midwesterner, she has also lived in on the west coast and the east coast. She now lives half an hour east of the Twin Cities with her husband, screenwriter Thomas Pope, and her twin sons, Rowan and Bly Pope, visual artits who have illustrated her last two books of poetry. Nature and the outdoor world, as well as the relationships between human beings — family, friends, acquaintances, and strangers — are the primary subjects of her work.

Factory Girls: From Village to City in a Changing China by Leslie T. Chang. Ms Chang writes about what it’s like to be a woman in China today — though there are anecdotes about men as well — all memorable stores of  human persistence, endurance, and loneliness. I also re-read various sections of Robert Bly’s greatest book of poems, Talking into the Ear of a Donkey. “Keeping Our Small Boat Afloat” is a favorite read-aloud poem, because it brings peace and understanding.

I was pretty fond of Sherlock Holmes when I was younger, but I wanted him to be my friend and confidant, so I could be his female Dr. Watson. Now, I’d rather be Sherlock myself, and solve mysteries, with a loving Dr. Watson sidekick. I don’t tend to get crushes on fictional characters – they’re too real.

I’m in the Cities several days a week for work and play, so this is not a hard question for me. On a soft September day I would take Edna O’Brien on a walk around one of our lakes, and after a bit, we’d sit on a bench by Lake of the Isles or Lake Harriet, and drink red wine, and tell stories about our lives.

Alice In Wonderland and Alice Through The Looking-Glass. And Grimm’s Fairy Tales. They are still my favorite, and have helped me to see the world as it really is, more than once. They still make me want to continue the adventure of living, even if I’m afraid or lost. They remind me of hope, and trying, and hard work. They remind me that everything is remarkable and astonishing and unpredictable and terrible and beautiful on this long trail we take toward death.

Selected poems from each century.

Jane Goodall’s The Chimpanzees of Gombe. I start to read it, and become distracted by the photos, and a year later I start again. It’s long and dense. My father, (the late Minnesota author) Frederick Manfred, gave it to me in 1987. In it he wrote, “Dear Freya, If you’ll read this book carefully you’ll suddenly understand human behavior such as Freud and Jung could never give you — You quickly catch at the cores of people, their lizard cores and their mammal goods. The trouble is, we, looking at others out of our neo-cortexes, clutch at their neo-cortex — missing what their lizard is up to. Jane is one of the great women of all time, belonging with that select group of Sappho, Dickinson, Joan of Arc, Heloise, Naomi, my mother Alice. Love, Dad”