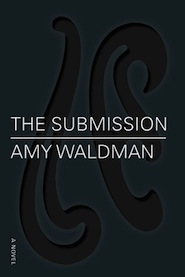 True story: Last summer artists in a small downtown neighborhood decided to turn a wall in one of the city’s oldest parks into the canvas for a community mural. The idea was that neighborhood children would paint images and then a collection of established artists would fill in the gaps and unify the piece. The artists got permission from the city and a couple dozen children dropped in to paint suns and turtles and squiggles.

This rankled some of the neighbors who didn’t know of the project in advance. Suddenly the view from the kitchen window included a hodge-podge of children’s art. A few went to the city and complained about the artistic merit of the wall and the project was stalled while officials figured out what to do.

The project was given to a public arts commission to manage. The group that oversees statues and murals and selects winning entries for other public art projects now had to make the final call on a community mural by dozens of children and seven(ish) local artists. This entire process — the paperwork, the public meetings, the debates — lasted the entire summer and always bordered on satire. In the end, the artists were allowed to go ahead with the mural although much of the work by the children was painted over.

The point is: Want a bloodletting of diverse opinions? Just mention public art.

This is nothing compared to the heap of a mess Amy Waldman makes in The Submission, a novel that takes the concept of public art to an especially divisive place: a memorial for victims of 9/11.

In the wake of the attack, a jury is assembled to blindly select a suitable memorial to be placed at the site where the World Trade Center buildings stood. The submissions are anonymous and the group — which includes both the art savvy and a World Trade Center widow — selects an enclosed garden. All systems are a-go until the name of the winning designer is revealed: Muhommed Khan.

Khan is an American-born, non-practicing Muslim and an architect. Though the jury holds off on revealing the winner, his name is leaked to a skeevy tabloid journalist who not only runs with the story, but also continues to repeatedly douse the story in lighter fluid.

The country — though mostly just New York City — is torn between people who think selecting a Muslim is a symbol of peace and those who think it is a sign of weakness. Waldman considers the perspectives of the widow on the jury, who is first on Khan’s side. This alienates her from the family members she represents who find a new voice in a racist hot head whose fireman brother died. The governor is against the garden; A widow who is in the country illegally and lost her husband in the attacks is for the garden. A shock-jock radio host spews vitriol on the radio, the journalist pens columns with lines like “The problem with Islam is Islam,” and a group of Muslims arranges press conferences in support of Khan.

This sets off a nasty chain of events. Angry citizens have taken to yanking the headscarves off Muslim women and vandalizing mosques. In the wake of charges that Khan has shaped the garden as an Islamic paradise, he remains less willing to talk about his design and its inspirations.

This book is super well considered. Waldman’s round of the what-ifskies has a good mix of characters and points of view and sets off a believable chain reaction.