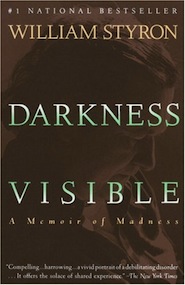 If you can sludge through the slo-mo setup to the movie, the first what-say ten minutes of abstract imagery involving horses tilting to a seated position and the ankle-deep muck of footprints across a putting green, you can make it through the rest.

In the first half Justine, played by the antithesis of Kristen Dunst is a new bride, a genius advertising executive, breasts bulging from a wedding dress. She’s a vision. Dimples and twinkles and laughing into her hand, stealing kisses. But this fades, first slowly, then more rapidly. Her groom seems to blame himself, her sister watches over her, she makes promises to make this marriage work — or at least the wedding reception her brother-in-law, played by Kiefer Sutherland, has shed bukko bucks to host.

She is sick, depression. And in the second half of the film this is pronounced. She’s a stick of a thing, can barely hold herself up when her sister tries to bathe her. The mounds bursting from the top of her wedding dress — gone as the man she married. For now she is an emaciated shell draped in a T-shirt. Food tastes wrong, even her favorite meatloaf. Sometimes when she speaks, growled cruelty comes out. Meanwhile, the earth is on a collision course with the planet Melancholia, seemingly some sort of metaphor for what it feels like to be in this state.

Effective? More than anything else I’ve ever seen that tries to bring this medical explanation to a general audience. As the planet gets closer you can feel the claustrophobia, the panic, the helplessness in the face of what will be a catastrophic event. It’s more terrifying than the most terrifying of horror films. It’s also just a little bit lovely in its severity.

The chaser: Styron’s account of a period in the mid-1980s when life circled the drain. Darkness Visible was written first as a speech, then as a magazine piece. Here it exists in its no-longer-condensed state. Our hero, the writer behind Sophie’s Choice, is in Paris when he feels the beginnings of the disease that will eventually tell him to kill himself. It might or might not be triggered by his sudden inability to drink alcohol. Once a perfect escapism, the drink now makes him feel nauseated to the point of high-tailing it to the hospital to have every test possible run on his body.

Styron makes a case for removing the stigma attached to suicides. That the poet who throws himself into traffic shouldn’t have his mental illness hushed and re-classified in the aftermath. His death ruled an “accident” to make things easier for his survivors. That this poet and his illness are no different than a cancer patient.

This is a quick-hitter at not even 100 pages. And it really doesn’t move beyond surface level. Although I’m guessing that at the time it was written, it opened a few doors for people. Still, sometimes it reads like a report on depression more than a man burrowing deep into his soul. Compared to “Melancholia,” it feels a little light and “Yeah, well, one time I was sad.”