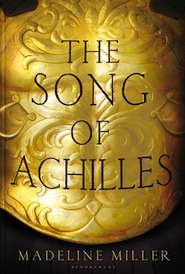 Democracy, spiral staircases, roasted-meat-filled pita bread with tzatziki sauce, and Homer. The Greeks are certainly not short on gifts provided to the world at large. But let’s focus our attention on last of the list, the “Blind Bard,” or “Father of Western Literature,” Homer.

Bro wrote two books (The Iliad and The Odyssey) and is totes the greatest of the Greek epic poets. Not bad for a two book career. I say “wrote” but it’s more like “created” since the stories were never actually written down on papyrus until after Homer’s time. Homer would travel from town to town reciting from memory the roughly 15,000 line epic (The Iliad) which was then memorized by others until someone thought to actually write it down. In fact, some actually suggest that the Greek script was developed in such a way just to capture some of the nuances in Homer’s verse. Homer was such a big deal that he even had cults and shrines devoted to him in which they made sacrifices in his name. What’s up now J.K. Rowling?

Now, In the course of a 15,000 line poem that had to be committed to memory, I’m sure you will forgive Homer if he didn’t want to make it even longer by fleshing out the backstory of some of the main characters. Don’t worry, Madeline Miller’s Homeric reimagining, The Song of Achilles, has got you covered. You might think it would be quite presumptuous for a first time novelist to take liberties with one of the greatest stories ever conceived, but she really delivers. She also really knows her stuff. She has a BA and MA from Brown University in Classics and has studied at the Yale School of Drama where she focuses on adapting classical texts into modern form. In short, she is the perfect person to write this book.

Song of Achilles focuses on The Iliad’s Achilles and Patroclus, and more importantly, the relationship between them. The awkward and plain looking Patroclus is exiled as a child to a neighboring land where he is raised by the father of the strong, handsome, half-god Achilles. This unlikely pair turn out to be the closest of companions and, in Madeline Miller’s modernized telling, lovers. Achilles is the unstoppable force leading his Myrmidons to war against the Trojan’s in a 10-year epic battle. But it is Patroclus who is the star of the book as he ends up being the true hero tragically redeeming the prideful Achilles.

This was a great read that really brings The Iliad back to the forefront for modern readers. Miller’s story of Patroclus and Achilles is one of jealousy, fear, compassion, romance, and true friendship and is timeless. In the end, Patroclus reminds us of the words of David Bowie, that even the most unlikely of us can be gyros (or heroes I guess), if just for one day.