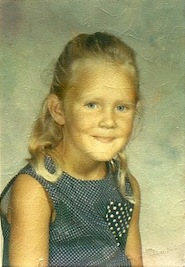 Hello MN Readers, I’m happy to introduce you to Susie Rey a new MN Reads Reviewer. Also, because I’m evil I made her write a short tip introducing herself to you. Really, it’s evil because after press releases, short bios are the worst things on earth to write. Here’s what Susie had to say:
I cannot remember not reading. It seems I was born to do it. As a kid, my Mom would yell at me to stop reading, and do whatever uninteresting thing I was actually supposed to be doing. A Minnesota transplant for almost twenty years (native Californian), I currently teach in an elementary school in Saint Paul. I read anything I get my hands on, high literature, low literature, (I don’t actually know the difference – is it the size of the paperbacks?), mysteries, and a weakness for the post-apcalyptic teen genre. I even reread the backs of cereal boxes when that’s all there is.

What book(s) are you currently reading?
I am reading way too many books right now!  First, there’s The Finkler Question by Howard Jacobsen (a Booker Prize winner), then Undaunted by Zoya Phan, which is an autobiography of a Karen woman from Burma. Next there’s I, Robot by Isaac Asimov, then a children’s book in German (Die Wilden Fussball Kerle:  Leon der Slalomdribbler) in a futile attempt to not lose my German (however, I have to read an English/German dictionary at the same time). Then, I’m avoiding finishing The Tortilla Curtain by T. Coraghessan Boyle.  Not all at once, of course, it all depends on my mood.

If your favorite author came to Minnesota, who would it be and what bar would you take him/her to?
It would have to be W. Somerset Maugham, and I would probably take him to the Gay 90’s for obvious reasons.

What was your first favorite book?
I’m told by my parents that I was partial to the Chocolate Chins in Carl Sandburg’s Rootabaga Stories. However, the first books that I remember reading again and again were a series called Childhood of Famous Americans. I especially liked the biographies of female athletes like Wilma Rudolph and Babe Didrikson, but they had everybody and each biography had a subtitle. The one example I actually own is Henry Ford: Boy with Ideas. Apparently the series still exists, but now all the books are paperback instead of hardcover.

Let’s say Fahrenheit 451 comes to life, which book would you become in order to save it from annihilation?
It would have to be Of Human Bondage by W. Somerset Maugham. It’s a really long one, though, so it would take me a long time to “become” it properly.

What is one book you haven’t read but want to read before you die?
Several author’s collected works vied for this honor (Nevil Shute, Robertson Davies, John McPhee), but in the end I have to go with Moby Dick by Herman Melville. I’ve read other books by Melville and really enjoyed them, but the sheer length of Moby Dick has intimidated me. Let’s just call it my great white whale.