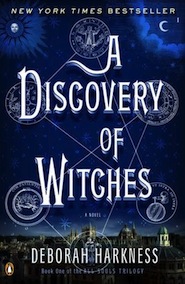 My fantasy year started with the Summer of Harry, which called for re-reading all seven of the Harry Potter books. Very good prep for the Books & Bars HP meeting in July, the MPR HP Trivia game at the State Fair, and the final movie, HP 7.2.

But that wasn’t all. The year held sequels to a couple of series, and I have discovered a couple more that, to my delight, took off where Harry Potter ended. Or maybe ran parallel. Or diverged wildly. You be the judge.

I started the series by Lev Grossman, aptly called The Magicians, with The Magicians last summer. This was followed in August 2011 by The Magician King. This was my eagerly-awaited book for the summer. The series is Harry Potter for adults, Candy Land on steroids, you name it. The second book had that same melancholy undertone as the first one – after all, you know that life isn’t fair, and we are all going to die some day. The part of the book that I thought was most interesting was the backstory of Julia, and what happened to her during the whole time that the other guys were at Brakebills.

A friend of mine said that the ending of this was very depressing, but I beg to differ. After all, tomorrow is another day (oh wait, that’s another tome). But Quentin will make do, he’s a survivor, and he can make new friends, can’t he? I will definitely look for book three – because yes, though I don’t know when, I’m sure it’s coming. However, the inside scoop (from my Brakebills Alumni newsletter) says that it will be called The Magician’s Land.

I discovered a series this year based on Nicholas Flamel. You may recall the name, dimly. It is the name of the alchemist in the first Harry Potter book, the one mentioned on the back of Dumbledore’s Chocolate Frog card, who creates and possesses that darned Philosopher’s Stone. He is, therefore, immortal.

The series is The Secrets of the Immortal Nicholas Flamel by Michael Scott. There are six books, The Alchemyst, The Magician, The Sorceress, The Necromancer, The Warlock, and The Enchantress I’ve read the first two so far, and they are intriguing enough to a) keep me up well into the late night or early morning and b) send me rocketing to the library for the next one in the series.

I’ve read mixed reviews on these. They are not as sophisticated as Harry Potter, and there is a lot of repetition to get the reader up to date on the story. I am only hoping that this diminishes as the series goes on, rather than increases. After all, the writer should hope that anyone reading book four has already got at least a couple of the others under their belt. This series seems to be written for a younger audience than say, Harry Potter. But there is enough going on to keep my attention, so far.

Another series I have devoured (heh heh) is the Wolves of Mercy Falls by Maggie Stiefvater, which wrapped up in 2011. Yes, it’s not enough that we have vampires and wizards. We must have werewolves, too. Expect these are not your garden variety werewolves. They are really just wolves, which start out as normal kids. I have enjoyed the whole run of this series, with the latest released this past July. They are Shiver, Linger, and Forever. These are romantic, suspenseful and well-written. She also has another series (Books of Faerie) and a couple stand-alone books, which I may check out.

And I read and liked the much-hyped A Discovery of Witches by Deborah Harness. There was such a huge pot of fantasy to read this year, I only just got to it. I didn’t know until I was more than halfway through that this was a series. Apparently it is called The All Souls’ Trilogy. I like that, nice and neat. Now I just have to sit back and wait for book two.

Also, in the past year, another installment of one of my all-time favorite series was released – Thursday Next by Jasper Fforde. Fforde is like a nicer version of Gregory Maguire – literature run amuck, without the crazy sexual escapades. While this is fantasy-slash-science fiction-slash crime thriller, it certainly does well in the fantasy realm. Fforde’s sense of humor and quirky imagination will keep you guessing to the end. I love Thursday Next, and I am looking forward to reading my signed copy of One of Our Thursdays Is Missing very soon. This is the sixth Thursday Next novel – but will it be the last?

Not to leave out Gregory Maguire, whose series The Wicked Years has a new entrant, Out of Oz, which I have sitting here waiting for me. I am a big fan of this series, starting with Wicked, which I recommend to anyone who I think can get past the deviant sexual encounters early on in the book. I also loved Son of a Witch, but I was not that crazy about A Lion Among Men. For my money, there are other characters in the Oz oeuvre that could have been better fodder for an entire book. This is the final book in the series, and I’m curious to see how it will all turn out.

And finally, what do you think would be the perfect capstone to a year of fantasy? I am salivating to see the film version of The Hobbit, directed once again by Peter Jackson, whose eye for scenery takes my breath away. Who else could make a slog through an infested swamp entertaining? To refresh my memory and to get me in the mood, I will be re-reading