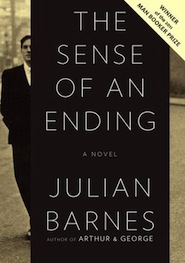 Picture yourself. Age, low 20s. Maybe you get a general idea that includes your favorite denim cutoffs and Martin Zellar covering Neil Diamond. Your hair styled like a teenage boy, a skateboarder, and you loved mixing Leinie’s Berry and Honey Weiss and drinking it over ice. The morning you walked home wearing the remains of a toga. Scratching out college math homework at a tall top table while your boyfriend worked as a bouncer. Snacking on spicy chicken wings, licking each finger in between bites. You were the first person you knew to kill a cactus.

It sounds … whatever. It just was. Naive, indulgent, immature. All of that comes with the territory of being that age. Now what if you had the opportunity to see yourself in full form. A letter you had written in anger resurfaces 40-odd years later. For as honest as you were in your nostalgia, there is no way it would jibe with this one true, super-real and unedited missive that you sent into the universe.

“What you end up remembering isn’t always the same as what you witnessed,” Barnes’ protagonist Tony Webster notes at the beginning of his story.

The first half of the book focuses on Tony Webster and his collection of pseudo-intellectual high school friends as they come to absorb the new kid on the block, Adrian. He’s a bit of an enigma to them and becomes the coveted friend to the small longstanding foursome that preceded him.

They eventually go their separate ways, off to college, and Tony gets into a relationship with Veronica, a fiery and tricky-to-read girl who doesn’t much go for anything beyond very awkward and unsexy third-base action. He meets her family, her pompous older brother, her curious mother who gives him some loyalty-breaching nuggets of advice, and her father. Eventually they break up and Veronica takes up with Adrian. No big, Tony lies to himself before firing off a letter to his old friend. Adrian, a young philosopher, ends up killing himself. Years later, Tony is divorced from a woman he remains friendly with and doesn’t spend enough quality time with his daughter. He receives word that Veronica’s late mother, a woman he met once, bequeathed him a small sum of money and Adrian’s old journal. None of this makes sense to him, and when he finally reconnects with Veronica to get to the bottom of it, he finds that things are very different from the way he remembers them.

But. Because the nature of a book review is to not spoil things like endings, no one is talking about the ending of this one. It’s sudden. It’s wham. It’s ambiguous in a way that seems more cinematic than lit-based. It gives the whole story a sort of Nancy Drew-ness. And it is colossal punt in the final seconds so no one is talking about it. I want to talk about it. Someone read this!