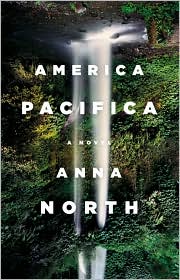 Extreme, fast climate change rendered most of Earth uninhabitable. North America, where the people of America Pacifica came from, entered a second ice age. People could freeze after mere minutes of being outside, even people living in places like California.

But North America's second ice age occurred years before Darcy Pern was born. Eighteen-year-old Darcy Pern was born on America Pacifica, an island somewhere in the Pacific Ocean, and one of the last habitable places on Earth. But America Pacifica is not a utopian society as they were promised by founder, Tyson. Education, food, and adequate housing are a luxury for the rich who live in Manhattanville, but people like Darcy, who live in Hell City or Little Los Angeles, struggle on a daily basis to survive.

Struggling with her mother is the only life Darcy has ever known. She and her mother work full-time jobs just to pay for their horrid apartment and food, but it all changes when Darcy's mother disappears. Darcy, whose only friend up until that point had been her mother, scrounges the streets for help in finding her and along the way she uncovers mysteries about her mother's past, including her part in how America Pacifica came to be, and the corruption of Tyson and his inner circle.

America Pacifica is definitely not a feel-good novel. Life for those living outside of Manhattanville is disgusting and described in detail. Most people are dirty and starving because they are burdened with low-paying jobs and heavy taxes for their protection, whether a threat exists or not. It's also not a young adult novel, though Darcy's coming-of-age story, where she learns of her own history while learning of her mother’s, reminds me of young adult novels. But, unlike most young adult novels, the parents here aren't clueless and there is definitely no romance to sidetrack the action.

It's odd to say that I had fun reading such a dark novel, but I really did. Anna North describes this world, the breakdown of society, and the fake facade of public identity beautifully. The food they eat (jellyfish and seaweed concoctions), the roads they drive on (some made of seaweed), and the island’s form of entertainment, was unique and imaginative, and, somehow, believable.

Darcy’s character is also really strong, though she’s the only character who is, but I think it’s supposed to be that way. This really is a coming-of-age tale of a young girl who didn’t know anything about her mother’s past and just blatantly accepted the way her world was. She needs to be a strong character so we can accept the world she lives in and believe in the change she goes through, and I believed it.

If I could give a criticism it would be that most of what Darcy uncovers comes from long stories told by smaller characters she encounters. The stories are rich and distinctive, but I found myself waiting for the next person Darcy would meet because I knew I'd uncover more pieces through their story. I wish more of this could have been shown instead of told.

But that still didn't hinder my enjoyment of this novel. It's a great, quick read and I hope we see more from Anna North soon.