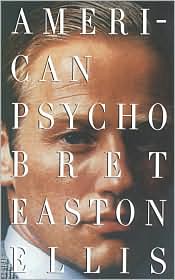 I went to a Super Bowl party in a friend’s basement in the early 1990s and while I don’t remember who was playing or the commercial du jour, I do remember one thing: Salsa.

We had all brought snacks and a jar of salsa had been slopped into a ceramic bowl. I probably said something like: “I love salsa salsa is so good I could eat salsa like all the time forever because yum salsa,” to which my friend Polish responded something like: “Oh yeah? I’ll give you $5 if you drink that entire bowl of your precious salsa.”

The first sip went down okay. It was salsa. Tomatoes, onions, cilantro. Not a dud in the bunch. The second sip was fine, too. But when I went in for a gigantic gulp, this bowl pressed against my face, I realized that the tomatoes were chunky and not in a pleasing way. And the onions and cilantro weren’t doing much to grease the gullet. With about one-fourth of the bowl of salsa to go, I cried “Uncle.” I couldn’t finish it for all the five dollars in the world.

And that, my friends, is exactly how I felt on about Page 327 of Bret Easton Ellis’s novel American Psycho. Seated at Subway, 6-inch BMT on Italian Herb and Cheese in one hand, fiction in the other, I cried “Uncle.” I knew exactly where Patrick Bateman, he of the titular descriptor, was taking this scene and I just couldn’t ride along with him. I’d already read a dozen ways to torture friends and strangers, severed limbs and cannibalism, random acts of violence and handled it like a champ. But this one on the horizon, if I knew Bret Easton Ellis, was going somewhere that was well beyond even my own super flexible tolerance for the lurid.

I’m an X-Gamer of reading consumption. I can handle a lot and think a lot of really sick scenes are so well-written that they cannot be dismissed just because I personally don’t think throat-slashing is any way to spend your free time. Uncle, Bret. You hear me? UNCLE! I’ve met my match in the world of disturbing sentence configurations.

I did go on to read the part in question. And it was even more horrifying than I thought it would be, but I was better prepared for it and handled it the way a tween might handle a haunted house that is on the path home from school: One hand over my eyes and running.

Going into the book, I obviously knew the gist of it. I’ve seen the movie. I love the movie. Christian Bale is a freaking genius in the movie. I’d watch it right now. About five people meet a tragic end in the movie. That’s a fraction of the tally in the book. And at no point in the movie does Patrick Bateman sever a head and then, for instance, wear it as a crotch helmet. He doesn’t gnaw on skin or paste human parts to the wall when it fails to make a decent meatloaf.

The whole thing is a story about 20-something Wall Street types in the late 1980s and the brand name-dropping, restaurant reservation-making, hardbody-chasing competitions between these interchangeable A-holes. It is probably a better Act II to Ellis’s debut Less Than Zero than the actual Act II he released in 2010, Imperial Bedrooms.

At the center of this is Patrick Bateman, an emotionless connoisseur of pop music and recording equipment, who either starts murdering people as hard as he can, or else thinks he’s murdering people as hard as he can. Either way, no one notices because everyone is too busy comparing shades of white on business cards and doing sit ups and Coke and Xanax and whatever else. And so PB loses his mind, considers faxing blood and wearing necklaces made of human vertebrae. Things get really frantic and crazed and these torture scenes are like contortionist-meets-nail gun, and then it just stops and Patrick Bateman goes on for a chapter about, for instance, Whitney Houston’s discography.

So. It’s funny. Yes, parts of American Psycho are hilarious for the over-the-top satire and juxtaposition of scenes. And parts of American Psycho are repetitious for the sake of making a point that is made until that point has dulled and then that, too, is a point. And parts of it are violence escalating into more violence which escalates into the kind of violence that it isn’t even readable. I guess that is a point, too.

My point is: I enjoyed the parts that were readable. And I finally know where my line in the macabre sand is.