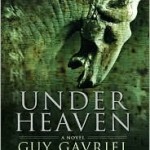 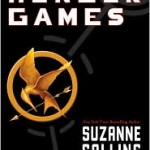 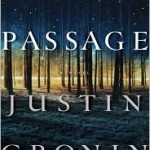 Yes, I stop reading books. If a book doesn't grab me by page 40, why waste my time? Some books I can't even reach page 40.

1. Under Heaven by Guy Gavriel Kay is an epic novel set in China that blends historical fiction and fantasy. I probably could've told you before I read it that it would've been one of my favorites because this is Guy Gavriel Kay we're talking about. Yum. {review}

2. The Hunger Games series (The Hunger Games, Catching Fire, and Mockingjay) by Suzanne Collins is an awesome dystopian young adult series. I know the first two books actually came out in 2008 and 2009, but I read all three books this year and they are fabulous! I think I read each book within a 24-hour period of time. {review 1, review 2, review 3}

3. The Passage by Justin Cronin had me worried because it was being touted as the book everyone must read and those books usually disappoint me. This one did not, although I don't think everyone should read it. If you like post-apocalyptic, government conspiracy, vampire goodness, this is the book of the year to read. {review}

4. How to Live Safely in a Science Fictional Universe by Charles Yu still has me whirling. A lonely time travel repairman, whose best friends are the computer program that runs his time machine and his loyal dog, tries to find his father who is lost in another dimension. The way I just described it probably sounds like bad science fiction, but it's really not. This is very thoughtful and provoking and it still has me thinking about it. {review}

5. The Tower, the Zoo, and the Tortoise by Julia Stuart is probably not going to make most people's best list since it's such a quiet, charming novel, but because of its charm it's on my list. This novel had me smiling so much because it's just so cute. {review}

1. Ape House by Sara Gruen was not written well. It was hard for me to get to page 10 where I finally put down the book. The dialogue and description was so forced that it reminded me of a bad grocery-store novel. The sad thing is that I actually liked her first book, Water for Elephants, so I'm not sure what went so wrong with Ape House.

2. Makers by Cory Doctorow really disappointed me. I loved his 2008 young adult novel Little Brother, but I couldn't stand Makers. The horrid flirting he was trying to put into the novel really didn't do it for me and the characters were so bland.

3. Our Tragic Universe by Scarlett Thomas should have been a win for me. I adored her novel The End of Mr. Y, but this one was just a bunch of philosophical chatter. I like philosophical discussions, but when there isn't much of a story or plot to go with it, it's hard to get through. I vowed I'm going to try this one again since I loved The End of Mr. Y, so I'm hoping I was just in a bad mood when I tried it the first time.

4. World War Z: An Oral History of the Zombie War by Max Brooks wasn't written in 2010, but in 2010 I heard the rights were sold to turn it into a movie, so even though I had never read a zombie novel I thought I'd check it out. I shouldn't have. It was really political and I didn't expect that. It sort of reminded me of Wicked, which I stopped reading, too, because the politics was not what I was expecting and it didn't interest me.

5. Pride and Prejudice and Zombies by Jane Austen and Seth Grahame-Smith was also not published in 2010, but after much thought I decided to finally check it out. I love Pride and Prejudice, like most women on the planet, and I picked this up purely out of curiosity. I barely made 10 pages of this book. When the discussion of the ball was taking place, Mr. Bennet was cleaning a gun (or was it sharpening a blade?) because of the possibility of them running into zombies on the way to the ball, and that was it for me. I should've known better than to pick it up.