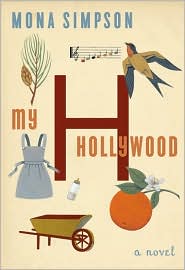 On their first date, Paul and Claire have already divvied the responsibilities of keeping their careers and managing a child: The former as a TV comedy write; the latter as a classical composer.

“50/50,” Paul tells her — which in retrospect becomes the laughable math of a man who will spend 14 hours a day with other writers, trying to create comedy. A sound stage where he looks more at home than when he is at home, and a steady stream Diet Coke coursing through his bladder. Claire’s not exactly hitting her quota, either, with deadlines for commissions to write, and milk to make. Not to mention she feels like a misfit among her mommy peers.

Enter Lola, a Filipina nanny charged with watching their baby, William. Lola is trying to earn as much cash as possible to send back to her family in the Philippines. She wants better lives for her children, stresses on education, followed by career, all shrouded in virginity. So she mails money, mails money, mails money, subsisting on a single luxury: A cup of coffee a day.

My Hollywood is Mona Simpson’s juxtaposition of these two cultures: The Santa Monica wives with their absent husbands, diamond earring envy, and play groups. A posse that compares nanny salaries divided by duties, and plant “your kid might be autistic” seeds.

Lola, meanwhile, is one of the leaders of a group of immigrant women who watch the children, and sometimes reluctantly iron shirts. They have a similar “keeping-up-with” mentality, knowing what each nanny makes and what she has to do for the check. There is job jockeying, and gossip about the employer families. Here they have a special insight, as the behind-the-scenesters who empty laundry hampers and are privy to the misplaced bank statements and love letters.

In another corner: Helen and Jeff are the best couple friends of Claire and Paul, and a sort of measuring stick. Jeff is in a similar industry as Paul, and is more successful; Helen wants to make babies, and seems to be up to her sexual organs in red hot romance with her husband. Lola watches their son Bing on the weekends, and does it so well that they dangle dollar signs in front of her in an effort to steal Lola’s permanent services. She can’t be swayed. Emotionally, she has big love for little Williamo; Rationally, she multiples those dollar signs to determine just how much money she has given up to remain loyal to the tot.

Claire struggles with finding balance between composing and mothering, and is allotted just two phone calls per day to her husband while he is at work. He is, however, always at work. She understands that his work is more financially lucrative, and her art — her one true love — suffers under second billing.

Writing-wise, this book is a curiosity. Simpson does a bang up job of separating the voices of her dueling protagonists. Lola maintains an accent so strong that Williamo slips into it on the playground. But Claire’s voice is the trickier mimic. It’s not always easy to know what she is thinking about, and the decoder ring is pages from a reveal. For instance, she briefly mentions throwing her underwear away. It takes to the end of the chapter to figure out that she is incontinent. Sometimes entire paragraphs include a set of unrelated sentences. This requires very careful reading, and a willingness to wait for answers, rather than tossing out “WTFs” willy-nilly. It’s a style that takes a little getting used to, moreso than Lola’s fragmented English. Sometimes it is a senseless frustration with little reward. Sometimes it feels like a technique that should be stolen, attempted, and honed.

Idea-wise, there are plenty of conversational cues for all sorts of gin-soaked book club sorts, starting with the similarities and differences between the employees and the employers; Lola’s emotional commitment to the children, verses being a signature on a check to her own family and the way that plays against Claire’s love of making music, and stilted emotional connection to her son; The way Lola is treated as a possession that can be passed off to another family; What happens when you fail at what you love to do.

In one scene, Claire has just received a terrible review in the New York Times, the newspaper of record for everyone within her social scene. She treads lightly, knowing they all know. But when she meets up with Helen, her friend doesn’t even address it. Claire keeps waiting for her to say something. Meanwhile, Helen has just had a miscarriage. Yet Claire continues to obsess over her friend saying nothing about the review. Their grief is probably similar, but Claire cannot jack herself from her own gravitational pull long enough to empathize.

The best paragraphs of the story follow: Claire begins cutting and arranging flowers. Baking. Looking for the thing that might be her thing, now that she has had a public failing with her actual thing. The idea that she has used up her music allowance, it won’t regenerate. She’ll have to find a new identity.

Plot-wise, this book is a bit of a snooze. So much of it is repetitious day-to-day, and coupled with Simpson’s style, there is often not enough of a reward to justify it. And there are too many characters on the periphery. In most cases, they would be ignorable, but they continue to crop up throughout the novel, so they must be kept track of. Aside from a handful of comic moment at parties, this book is just too much of a trudge.