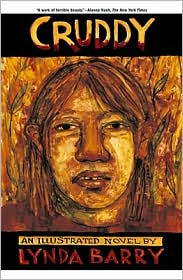 That whole Franzen/Picoult/Wiener “boys get all the attention” kerfuffle, made me acutely aware that my To Read pile was leaning disturbingly masculine. While I haven't quite sorted out my feelings about the dust up, I do agree that books written by women don't get the same attention as those written by men. Anyone who reads about the literati can see that. This summer and now fall has been all Gary Shteyngart! Jonathan Franzen! Tom McCarthy! David Mitchell! Philip Roth! (and today with the announcement of the Nobel Mario!)

One Wednesday in June might have been all Aimee Bender! Jennifer Egan! But I could be making that up.

Anyway, all this lead me to declare a the Great Literary Penis Embargo of 2010. As an avid reader I make a definite effort to make sure my book list has an equal number of women as men. It's not as easy as it sounds, especially when you want to read all the books everyone is talking about and all those books are written by men. As I write this my on deck reading pile is leering at me from the coffee table. Over there you'll find a Peter, a Rosecrans, a Jonathan, two Kevins, a Tom, and one lone Laurie.

See? Even when you make an effort those dudes are all over the place. Which as is why as readers and writers we have to be ever conscious of what we're reading and talking and writing about. We set the agenda, and we all know it's not just men writing good books. If all we ever do is talk about books written by men we're part of the problem.

So, back to the Great Literary Penis Embargo of 2010. During the Embargo I declared I wouldn't read a book written by a man until my male/female ratio was a bit more balanced. Before the embargo it was 19 women to 26 men (though in my defense six of those books were Scott Pilgrim by Bryan Lee O'Malley). I've since brought that number up to 22 to 26 and by the end of the month it'll be 24 to 27 (I'm weak and cannot resist the draw of Brock Clarke's Exley another moment).

What's all this got to do with Lynda Barry's Cruddy? Oh, it's because without the Embargo I would have never plucked this book from my “books I've owned for eons and not yet read shelf.” Plus, it's interesting to learn why people choose the books they choose.

Anyway, I'm a little pissed that I've owned this book since it came out in 1999 and only read it now. It was amazing!

Robert Robheson's the sixteen-year-old daughter of a deceased slaughterhouse worker and a very alive, abusive nurse. She lives with her mom and younger sister, Julie, in a cruddy house on a cruddy road in a cruddy town during the cruddy early 70s. Cruddy is presented as Roberta's suicide note, and it's a doozy. In this note, she breaks the five-year silence about what exactly happened on a cross country roadtrip with her father and how many bodies they left in their wake.

Roberta's story is horrifying. This book is not for the faint of heart or weak of stomach. There were paragraphs I had to skip over because the descriptions of slaughter and dead bodies were too graphic for me. In fact, my stomach jumps a little and I shiver just thinking about them. Blech.

But there's also humor in this tragic tale of a girl nobody loved and in the few scenes of tenderness, kindness, there is beauty.

It's a tough read. None of the characters are entirely sympathetic or, at times, even very likable, and yet I was compelled to keep turning pages. I wanted to know what would happen, even though I knew none of it would be good.

This is dubbed an “illustrated novel.” There are pictures, mostly at the beginning of each chapter. I don't know if this added anything for me. What I did like were the end covers, maps of Roberta's journeys. These maps act as a kind of foreshadowing and add more, for me, to the story than the drawings inside the book. However, even without the end covers or any drawings, the story stands on its own.