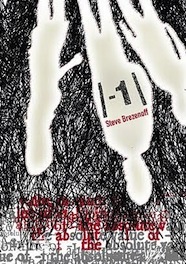 I’m gonna get the disclaimer out of the way right now. I know Steve. Not only is he a friend of mine but we’re in writing group together. What does that mean? It means that every few weeks we get together and eat tator tots at Grumpy’s and talk about how we can make our stories better which means he’s used to me telling him the things that aren’t quite working in his writing.

Why am I telling you all this? Because some people will say it’s a conflict of interest for me to review Steve’s book. Maybe it is. But the way I see it, I review his writing all the damn time, it’s just that the rest of the Internet doesn’t get to hear that. However, if you like, Internet, you can totally come to Grumpy’s and listen to us talk. The tator tots are good.

All that being said, you might want to take this review with a grain of salt. I understand that. Besides, you don’t have to take my word for how good it is, METRO Magazine already dubbed it the “Young Adult Book of the Year.” So you can listen to them, if you like. None of them are in our writing group.

Here’s the thing though, it doesn’t matter who you listen to, The Absolute Value of -1 is pretty fucking good (as long as swear words don’t piss you off). It’s not a plot driven book, so trying to explain what it’s about is a little tough. It’s about a triumvirate of teenaged friends: Lily, Noah, and Simon. It’s about growing up and growing apart and finding your place in the world.

I was genuinely worried for Lily, Noah, Simon, and Suzanne (she’s Simon’s older sister who starts and ends the book). Which is probably why the book is so compelling despite the lack of plot. I stayed up until 2 a.m. one night in a mad rush to finish because I couldn’t put the book down.

None of these kids have it easy. Lily’s is an unwitting corner of a love triangle trapped between the boy she loves and the one who loves her, and as is so often the case, those are two different boys. Plus, her mom seems more interested in dating than her daughter. Noah’s in love with Lily who is in love with Simon, and his dad is a drunken, physically abusive monster. Then there is Simon. He’s the star of the triangle, adored by both Noah and Lily, and yet he has no idea what to do with this affection or how to return it, mostly because he’s got a weird obsession with his older sister. Oh, and his dad is dying of cancer.

The book is all about the voices of the main characters and really getting inside their heads. Steve does a great job of capturing who these characters are. They feel real. So real, I never once doubted any of them, not even Lily and I’m often skeptical when men write from a female point of view.

In fact, it was Lily’s voice I struggled with the most. Not because it was a man writing about a girl, but because it’s done so well that Lily kind of drove me nuts. She’s an over thinker, and being inside her head at times felt a little claustrophobic.

I felt much better once I escaped Lily’s head and dove into Noah’s. Plus, it’s at this point you really see what Steve’s doing here. Showing how three different people can experience the same thing but see that event (or events) in a totally different way. This is what I loved most about the book, seeing each of these unique characters experience the same thing in a wholly unique way. It was awesome. So awesome that at times I was simultaneously rooting for and hating on Simon. Really, this is a testament to what a good writer Steve is. He managed to create characters so realistic that I wanted both of them (Lily and Simon) to get what they wanted even though as a reader I knew that was impossible.

It’s a good book — entertaining, engaging, at turns both funny and heartbreaking, what more do you want?