I just blah-blah-blahed through an anniversary post and it probably looked like I forgot to mention the MN Reads readers (how’s that for awkward?). . . not true!

Of course we love (and I speak for everyone who participates here) all the people who take time out of their lives to read MN Reads. And to show that love we’ve put together two (get it for the second anniversary) kick-ass prize packages featuring two of our favorite novels and two of our favorite short story collections by Minnesota authors.

To win one of the two prize packages, just leave a comment on this post telling us about the best book you’ve read so far this year. Winners will be chosen by random draw on August 18th.

Here’s what you can win:
The House of Tomorrow by Peter Bognanni 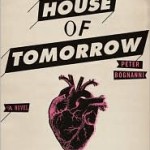 Right now this book is perched atop my list of favorite novels of 2010. From my review: “What I like so much is that the plot unwinds slowly on the strength of Sebastian's voice and you're eventually enveloped in the story to the point where you feel real fear and sadness when it comes to the precarious health of some of these characters. There were times while reading the book that I was actually afraid.”

But I’m not alone, Christa loved it too: “This isn't the most eloquent thing I've ever said about a book, but holy schmoly The House of Tomorrow by Peter Bognanni is just so freakin' cool.”

The Tale of the Halcyon Crane by Wendy Webb 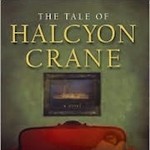 This is one of Christa’s favorites: “Webb has crazy chops as a storyteller, and plays this one exactly right. Often, at the end of a chapter, I'd close the book, chuckle and think “nicely played.” The ghosts in the story are introduced in a subtle way, more like they are actual characters – albeit spooky characters – than something Dan Akroyd needs to Hoover. The relationship between Hallie and Will is adorable. And every time I stopped to say something like “Hey, wait a tick, how old does that make Iris?” Hallie had exactly the same thought. And there are scenes that are so, so, visual that it is like someone is reading the book to you while you lay there with your eyes closed.” 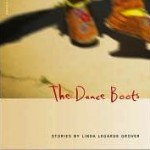 If MN Reads had a star rating Ben would have given this Flannery O’Connor Award-winning short story collection five stars (I know this because that’s what he gave it on Good Reads): The Dance Boots weaves around this family's history and illustrates the connection across generations. Grover neither sentimentalizes nor victimizes indigenous people but rather shows them as the complex humans they are. I love Grover's use of Ojibwe words throughout the book, as well as the way the individual stories do not follow a linear timeline. Both of these qualities challenge the reader to remain engaged with the story. However, Grover's powerful descriptive writing is the book's greatest asset. 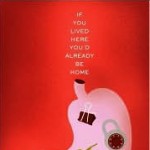 This collection is inventive and fabulous. In January I wrote: “Here, each story is wholly unique and that makes it exciting to read because you never know what you're going to get when you turn the page. And, then there's “Gravity.” Yes, I wanted to say it again. Really, this story is worth the price of the book alone. Trust me. It'll be like when you bought an entire album based on how much you enjoyed the song on the radio and were delightfully surprised by how good the rest of it was.”

Plus, thanks to the kind and generous folks at Replacement Press on lucky winner of our book give away will get a kickass t-shirt featuring the illustration on the cover of John’s book.

Finally, we’ll be giving away six sets (because we like the number six) of our new MN Reads buttons! Enter to win by leaving a comment and telling us about your favorite book so far this year.