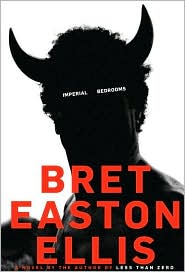 The opening sentence of Imperial Bedrooms is enough to give an old Bret Easton Ellis-ophile chills: “They had made a movie about us.” Unfortunately, by the end of the first page, his 25-year reunion for the cold, drug-addled, pretty and pretty-wealthy sociopaths from Less Than Zero becomes something that would look best hitting a wall at about 45 miles per hour.

Ellis discounts the narrator of his most popular novel with a a handful of clacks on the keyboard of his Mac. (How do we know it’s a Mac? There isn’t a single interview with the literary Brat Packer that doesn’t mention the gleaming computer machines on the desk of his stark Hollywood condo. The universe is, like, thrilled that he isn’t writing on a typewriter anymore or something).

Our old friend Clay, as narrator of Imperial Bedrooms, explains that he wasn’t the narrator in Less Than Zero, as one would assume from reading the novel. No, there was a hanger-on who chronicled the posse’s exploits — which were true, Clay concedes — and this hanger on’s impressions of the group were tainted by all things Blair: First, his lack of reciprocated feelings for her, followed by his resentment for Clay when Blair turned back to him. Blah. Blah. Bullshit. Don’t over explain it. Don’t break one of my favorite books, dude.

Clay has become disillusioned with New York City, and goes home to LA to help cast a movie he’s written, “The Listeners.” Of course, his world remains small, and he finds himself accidentally running into the crowd he used to run with:

There’s his ex-girlfriend Blair, still pissed about something that happened two years ago. A residual resentment that only someone who hasn’t gotten over someone can feel. Now she is married to that dick Trent; Julian, last seen getting diddled by male-on-male hobbyists for phat cash, is still skulking around making bad decisions; And Rip, a drug dealer of yesteryear, has developed a sort of Don Corleone-ishness within this clique — if not the entire movie industry, if not all of Los Angeles, if not the world.

Clay meets a mysterious blonde named Rain, who looks like every other blonde. He takes her actress aspirations and parlays it into lots and lots of sexy time. When she isn’t in the mood, he dumps tequila down her throat and reminds her of how he can make her famous. Meanwhile, he’s getting anonymous foreboding text messages, a blue jeep has a permanent spot idling at his curb. Someone’s rifling through his refrigerator and Blair, Julian, and Rip all have some advice for him concerning each other, and the blonde.

Car chases, strange bruising patterns, hangovers, text messages … Blah. Blah. Blah. And then, suddenly, well beyond the spoiler point, it gets good. Clay, who spent Less Than Zero as a teenager thrust into adult-sized issues is now an adult (in a hoodie, listening to The Fray, his thumb muscles engorged from frequent texting syndrome) playing telephone, he-said-she-said, and other games that happen in the basements where American teenagers like to chill. The difference is that now, the guy who once stoically left the scene of a gang bang and unblinkingly watch snuff films is shedding his passivity and tapping into his inner Patrick Bateman.

So much of Imperial Bedrooms feels like someone left the microphone on after they were done recording. A series of “and then, and then, and thens” that have as much variety as a a notebook filled with a year’s worth of to-do lists. (Granted, these are the to-do lists of the beautiful fucked up people who drink too much and drive too fast and snort too much). So when something finally does happen, it’s like finding the hidden track.