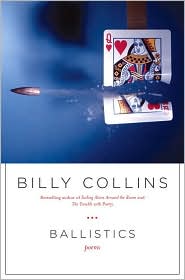 In college I had a poetry writing professor who was famous by her own right, but the sister of a far more famous writer. Our assignment was to find a collection of poetry, read it, learn a bit about the writer, analyze the work, and then present our findings. I hopped down the street to the neighborhood indie book store, and plopped down on the floor in front of a relatively small poetry section.

One of those artsy fartsy booksellers interrupted me and asked if he could help me find something. I told him I needed a book of poetry by a female writer, current, something that made sense and wasn’t a mix of code and hubris, less rhyme, more narrative.

I like to imagine he scratched his scraggly beard:

“Hmm …,” he said. “A contemporary female prose poet who is non-esoteric.”

He couldn’t help me. (I ended up with Little Girls in Church by Kathleen Norris, which to this day contains one of my favorite poems “Young Lovers with Pizza.”) But with a single scratch of his beard and the word “non-esoteric” this lit head had soured me on poetry. Until that day, I thought I might become a poet.

Turns out I was looking for Billy Collins. Not so much female, of course, but definitely non-esoteric, contemporary. I don’t read a ton of poetry these days, but when I do it is his. (Or Bukowski, or Simic, I suppose). He could almost be classified as a comedian, penning mini Laffy Taffy lines. He is a total treat, taking short stories about usable objects, scraping off the fat, and leaving behind something simple and funny. In the collection Ballistics more than I remember in his other books, he is very self-referential. He becomes a character in his own words, his poem becomes the subject of the same poem, he stops a piece in the middle to address the reader. The effect is totally charming. More often than not, I chuckled at the last line and then dog-eared the page.

In “Quiet” he says: “It occurred to me around dusk after I had lit three candles and was pouring myself a glass of wine that I had not uttered a word to a soul all day.”

In a super-short piece called “Divorce,” he writes: “Once two spoons in a bed, now tined forks across a granite table and the knives they had hired.”

The title poem, “Ballistics,” is about seeing a photograph of a bullet piercing the pages of a book.

I forgot all about the marvels of photography
and began to wonder which book
the photographer had selected for the shot.”

Raymond Chandler? A history of Scottish Lighthouses, a biography of Joan of Arc, an anthology of medieval literature? He wonders.

But later, as I was drifting off to sleep,
I realized that the executed book
was a recent collection of poems
by someone of whom I was not fond
and that bullet must have passed through
his writing with little resistance
at twenty-eight hundred feet per second,
through the poems about his childhood
and the ones about the dreary state of the world,
and then through the author’s photograph,
through the beard, the round glasses,
and that special poet’s hat he loves to wear.”