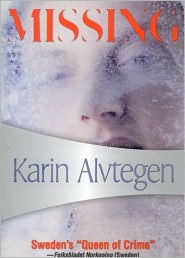 Sibylla Wihelmina Beatrice Forsenstrom grew up as a child of privilege. She was brought up with the children-should-be-seen-and-not-heard mentality of her strict parents. While her father neglects her, Sibylla’s mother seems to take a perverse joy in embarrassing her, especially in front of Sibylla’s classmates.

After rebelling, being institutionalized, and estranging herself from her family, Sibylla lives on the streets and survives by her wits. Now as an adult, she scams, mostly conning well-to-do men. One of her ruses is to target men in high class hotels for a free meal and her own room.

Unfortunately for her, when Sibylla wakes up the next morning after a successful con, she finds out her latest victim has been brutally murdered. The mysterious woman who accompanied the man for dinner is the prime suspect. Sibylla barely escapes, and leaves telling clues behind. While trying to stay hidden, she finds out that there’s another victim, and Sibylla Forsenstrom is the most wanted fugitive in Sweden.

Karin Alvtegen’s Missing is more suspense than mystery. In fact, the first three-quarters of the book follows Sibylla through the streets of Stockholm as she tries to evade capture. But throughout, Alvtegen weaves with alternating chapters past and present so the reader pieces together this girl’s life a little bit at a time. I found it to be a highly effective technique. By the time the full picture reveals itself, then the mystery begins. Unfortunately, at this point the book is almost complete.

I found Missing to be highly entertaining and a fun read. Alvtegen is skilled at building the tension but I wish she could have inserted the mystery earlier in the book, and then she could have added more characters to make the mystery part a little more of a guessing game. As it is, the mystery is not all that much of a mystery. Still, the suspense leading up to the finale makes this book well worth the read.