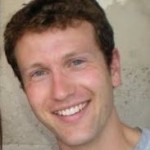 We have Christa to thank for sending Will our way, you’ve probably seen his reviews already. We like a reviewer whose eager to get started. And, even though he claims to have enjoyed Things I’ve Learned from the Women Who’ve Dumped Me, we’re happy to have him here reviewing books even if we question his taste (just kidding. We accept all kinds of taste here at MN Reads. In fact, if you’ve got a penchant for Sci-Fi or Fantasy, you should write for us because we don’t seem to have any reviewers who dig on that kind of genre fiction).

What book(s) are you currently reading?
I just finished Election by Tom Perrotta and I am making my way through Nine Parts of Desire by Geraldine Brooks. I want to read Age of Wonder but it’s only in hardcover and I am balking at the $40 price tag – I don’t know why, since I know I’ll cave in eventually.

Have you ever had a crush on a fictional character? Who?
In elementary school, Violet from the Boxcar Children series did it for me. I don’t know why – she’s probably the least interesting character in those books.

If your favorite author came to Minnesota, who would it be and what bar would you take him/her to?
I can’t get a good read on where Kazuo Ishiguro would like to get a drink. He does sad and mysterious so well maybe he’d like a glamorous old hotel bar, like one you might see in an Edward Hopper painting. But do we have one of those? Maybe the C.C. Club on a Wednesday night or something.

What was your first favorite book?
When I was young my parents often read Susan Jeffers’ illustrated version of Longfellow’s The Song of Hiawatha to me and my siblings. I remember lying on my bedroom floor “reading” it even before I could actually read.

Let’s say Fahrenheit 451 comes to life, which book would you become in order to save it from annihilation?
I read The Great Gatsbywhen I was a junior in high school, which is just about the perfect time to read it since you’re on the cusp of all these adult emotions and thoughts and feelings but don’t quite grasp them yet. And if there’s ever been an ideal candidate for The Great American Novel, “Gatsby” is it.