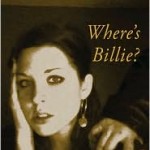 Judith Yates Borger has written for the Pioneer Press, The New York Times, and (my personal favorite) MinnPost. Now, she can add a novel to that list of publications.

Tomorrow marks the release of Where’s Billie? A Skeeter Hughes Mystery, Borger’s first novel. To celebrate Borger will be reading at 7 p.m. Wednesday (that’s tomorrow) at Once Upon a Crime, 604 W 26th St, Minneapolis, MN. And if you can’t make that you can stop by Barnes & Noble Downtown (801 Nicollet Mall, Minneapolis, MN) at noon on Thursday, August 20th.

What book(s) are you currently reading?
Last night I finished The Girl Who Played with Fire by Stieg Larsson. It follows The Girl with the Dragon Tattoo. I loved Dragon Tattoo, and couldn’t wait to get to Played with Fire, which was just published in July. Don’t know when the third will be out by I’m definitely on the waiting list. Both are complex and lengthy. Fire is more satisfying, especially the ending. Unfortunately, there won’t be any more past the third, called The Girl Who Kicked the Hornet’s Nest, because Larsson died in 2004, shortly after delivering all three manuscripts. I may need to read them both again, or move to Sweden.

Have you ever had a crush on a fictional character?
Definitely. Red-haired Jim in the Trixie Belden series which I read at about 10, and Morelli in the Evanovich series. So sexy!

If your favorite author came to Minnesota, who would it be and what bar would you take him/her to?
It would definitely be Sue Grafton, and I’d take her to the little side bar at Lucia’s so we could talk and drink wine FOR HOURS.

What was your first favorite book?
It’s a toss up among the Trixie Belden, Nancy Drew, and Cherry Ames series.

Let’s say Fahrenheit 451 comes to life, which book would you become in order to save it from annihilation?
Hmmmm. Tough question. Watership Down?

What is one book you haven’t read but want to read before you die?
Another tough question. So many. David Copperfield, maybe.