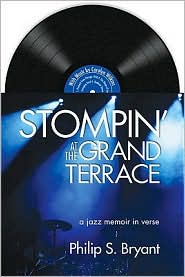 Born and reared on Chicago?s South Side, Philip S. Bryant is the author of several collections of poetry, including Sermon on a Perfect Spring Day, which was nominated for a Minnesota Book Award in 1999. Most recently, his work appeared in Where One Voice Ends, Another Begins: 150 Years of Minnesota Poetry. He has also been published in The Iowa Review, The Indiana Review, The American Poetry Review, and Nimrod. Phil was a fellow of the Minnesota Arts Board in 1992 and 1998, and has served on the governing board of The Loft, the premier literary and arts center in the Twin Cities. Phil is a Professor of English at Gustavus Adolphus College in St. Peter, Minnesota. He?ll be reading twice this week — at 7:30 p.m. Tonight (May 19th) at Common Good Books, 65 Western Ave N Saint Paul, MN 55102 and at 6 p.m. May 23rd (Saturday) at Magers & Quinn, 3038 Hennepin Avenue, Minneapolis, Minnesota 55408

What book(s) are you currently reading?
During the school year, while I?m teaching I don?t read a lot of prose (novels, non-fiction prose etc) that?s fun reading or my “own reading.” I?m reading a lot of stuff for class of course. I do try to read poetry because of it?s a rather condensed form (ha!). You can get a quick reading fix, like going out behind the building for a nicotine break, even though I don?t smoke. So right now I just finished reading the poet Louise Gluck?s Averno. I?m also re-reading Robert Herrick?s poetry and one of the great unsung poets of all time John Clare. I?m also reading Sterling Brown again along with Patricia Smith, one of her earlier works Big Towns, Big Talk and not Blood Dazzler the book of poems about Katrina, which she was nominated for a National Book Award for this year, but hope to read that one as well. I?m also into another neglected American Master, Lorine Neidecker.

Have you ever had a crush on a fictional character? Who?
The character?s name is Kills-close-To-the-Lake, a character from James Welch?s great masterpiece, Fool?s Crow.\r\n\r\nIf your favorite author came to Minnesota, who would it be and what bar would you take him/her to\r\nThat would be the novelist David Haynes; and we?d go to Patrick?s here in St Peter. They have a fine array of beers on tap. I?d treat him to a beer or two.

What was your first favorite book?
Huckleberry Finn by Mark Twain.

Let?s say Fahrenheit 451 comes to life, which book would you become in order to save it from annihilation?
Letter to an Imaginary Friend by Thomas McGrath.\r\n\r\nWhat is one book you haven?t read but want to read before you die?\r\nPurgatorio and Paradisio by Dante. It figures, right. Smile.