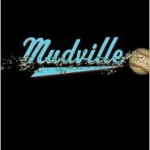 The first interaction I ever had with Kurtis Scaletta was over on MNSpeak. I accused him of unnecessary snark when he was being completely sincere and not sarcastic at all. I was talking about some book and he was saying how that publisher has great taste in authors. That publisher released Scaletta’s first book, Mudville last week. It’s a charming book for middle-grade readers about baseball, indian curses, and friendship (review tomorrow). Scaletta has a slew of events popping up around town and you can hear him read at 1:30 on Sunday at the Rockford Road Library, 6401 42nd Ave. N., Crystal, Minnesota

What book(s) are you currently reading?
I’m currently in the middle of two books — one is the second volume in M.T. Anderson’s The Astonishing Life of Octavian Nothing, Traitor to the Nation, a brilliant historical novel set during the revolutionary war. The other is an advance copy of Carrie Ryan’s The Forest of Hands and Teeth, which is about love in the time of zombie apocalypse.

Have you ever had a crush on a fictional character? Who?
Ha ha. That’s a great question. I think that I had a pretty big crush on Lucille Glass in Herman Wouk’s City Boy, right along with the hero of that book, Herbie Bookbinder. I should clarify that I was the same age as Herbie when I read the book.

If your favorite author came to Minnesota, who would it be and what bar would you take him/her to?
One of my favorite writers is in Minnesota already, I think — Neil Gaiman. I guess we’d go to Britt’s Pub so he can tell me if it’s even a passable imitation of a British pub.

What was your first favorite book?
I think the first book I was passionately devoted to was Mrs. Frisby and the Rats of NIMH by Robert C. O’Brien. It’s strange to think that a book like that, where the hero is basically a middle-aged woman, could capture the fancy of a nine-year-old boy so well.

Let’s say Fahrenheit 451 comes to life, which book would you become in order to save it from annihilation?
I was going to say Mudville, since I want my own book to survive the scouring, but if it came down to it, I’d pick Charlotte’s Web first. That book absolutely needs to last.

What is one book you haven’t read but want to read before you die?
I’d like to plow my way through some epic historical achievements like Carl Sandburg’s hefty, multi-volume biography of Lincoln and Shelby Foote’s even heftier narrative history entitled simply The Civil War. I’d also like to eventually read the whole Ice and Fire series by George R R Martin, which people tell me is the best fantasy series… you know, EVAR, and is closely tied to British history. If it comes down to one book, if I want to read it that badly, I’ve already read it. It’s the series and multi-volume works I don’t get around to reading but want to have read.

Maybe when I retire?