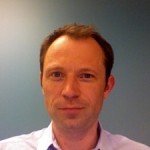 Dennis Cass is a journalist, author, adjunct college professor, public speaker, book doctor, and former literary agent. He’s the author of Head Case: How I Almost Lost My Mind Trying to Understand My Brain and has written for a slew of places including Harper's Magazine, the New York Times Magazine, and Mother Jones.

What book(s) are you currently reading?
In preparation for my library talk I’m re-reading parts of Handbook of Creativity, a scholarly review edited by Robert J. Sternberg. You might think that something as magical as creativity would be utterly ruined by an academic approach, but in fact just the opposite is true. The type is small and the jargon obscure, but the insights are monumental.

Have you ever had a crush on a fictional character? Who?
If I have, then I’ve forgotten.

If your favorite author came to Minnesota, who would it be and what bar would you take him/her to?
I’m a firm believer in the idea that one should never meet one’s heroes. That said, if any other author comes to Minnesota and wants to go out for a beer, then I’m game. (When you arrive we’ll either pick something nice or something close, depending on the circumstances.)

What was your first favorite book?
I have a very vivid memory from when I was eight: I’m in my room on a hot, sunny day, drinking a cold 7-Up and reading The Lion, the Witch, and the Wardrobe. It’s been all down hill from there.

Let’s say Fahrenheit 451 comes to life, which book would you become in order to save it from annihilation?
I think the most important thing people in Fahrenheit 451 Land need to know is not how good books were, but how ubiquitous they were. Let someone else memorize the classics. I’m going to go with something mundane, like, say, Personal Finance For Dummies.

What is one book you haven’t read but want to read before you die?
My third novel. As I haven’t written the first two yet, I’d better get crackin’.

Visit Dennis at his Web site: Dennis Cass Wants You to Be More Awesome.